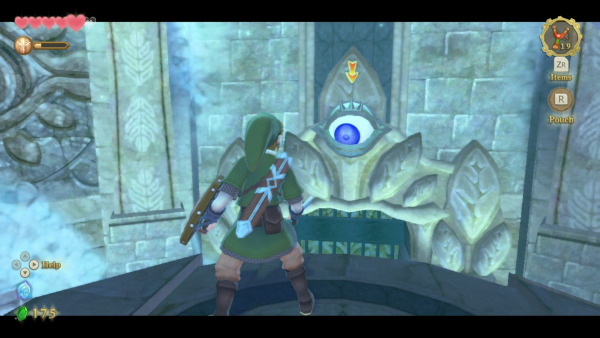 Zelda is all about puzzles that open doors. But in Skyward Sword, a familiar classic takes on a new twist.

The Legend of Zelda: Skyward Sword is of course built entirely around the motion controls – and so it’s no surprise that a classic Zelda puzzle element – the old door-opening eye – has a new form here.

Traditionally in Zelda games, when you come across a locked door or barred entrance with some sort of eye appendage outside it, you simply whip out your slingshot or bow and shoot the eye, blinding it and opening the door. While there are plenty of targets to shoot that have similar effects in Skyward Sword’s dungeons, the most obvious eye puzzles function somewhat differently. 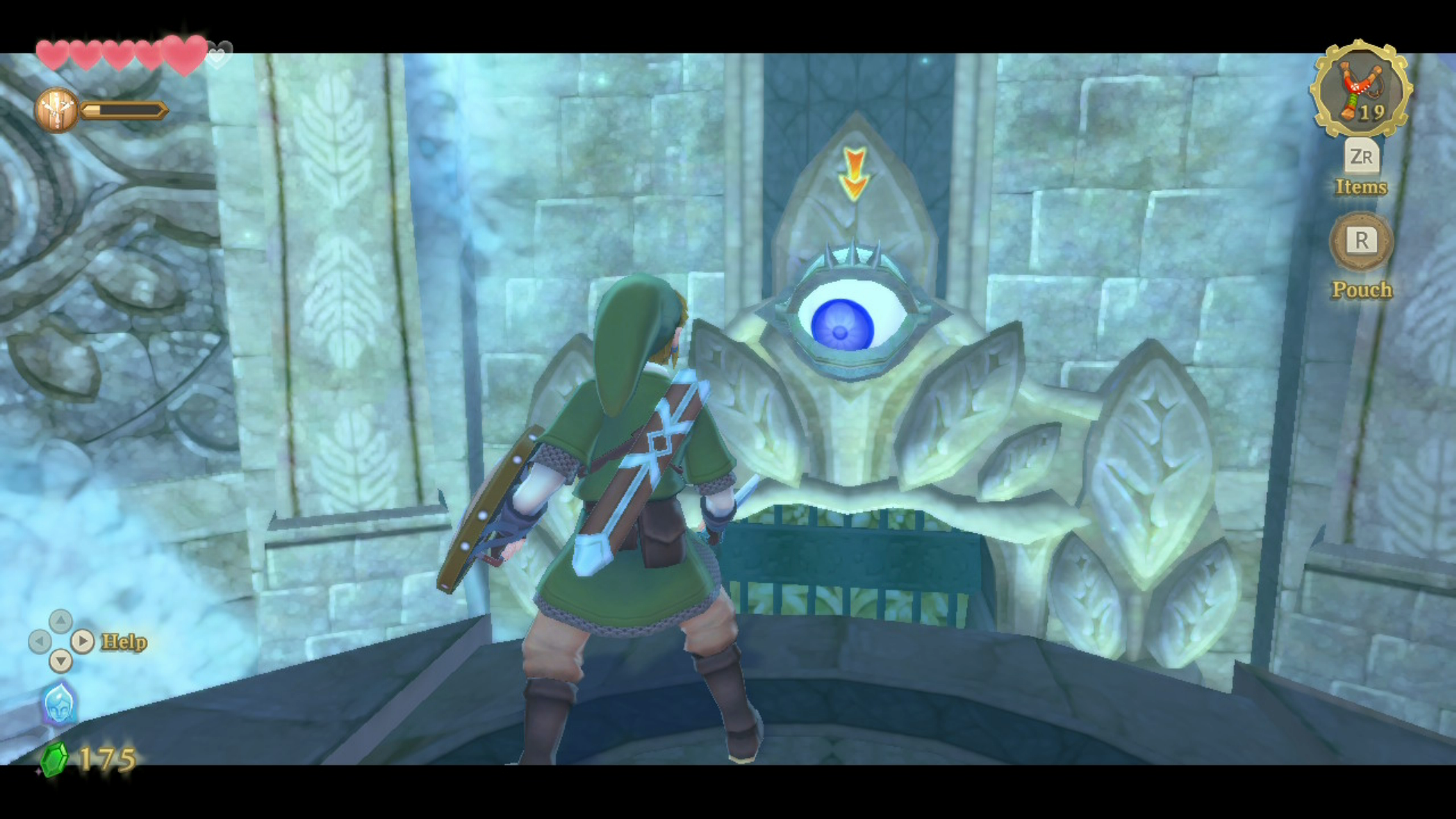 How to open the Eye Door Puzzles in Skyward Sword

Early on in Skyward Sword’s first proper dungeon, you’ll come across one of these doors – and if your Zelda instincts kick in, you’ll likely go to use your recently-acquired slingshot to shoot at it. But no! The eye that locks the door will simply blink and block your attack. In order to get past the eye, you have to use… the game’s core gimmick. Who’d have guessed?

Essentially, all you need to do to defeat the eye is stand in front of it and draw your sword. Don’t attack it – but notice that its eye is drawn to the tip of the blade.

Anyone who has played Mario 64, which also had giant eye enemies, likely knows what needs to happen now – make it dizzy. To do that, twirl your sword in circles in front of the eye. This is the same regardless of if you’re using motion controls or the right stick to control your sword.

Keep doing it until the eye turns red, and it’ll be killed by sheer dizziness. Brutal. Once the eye is gone, you’ll be able to enter the door it was guarding. 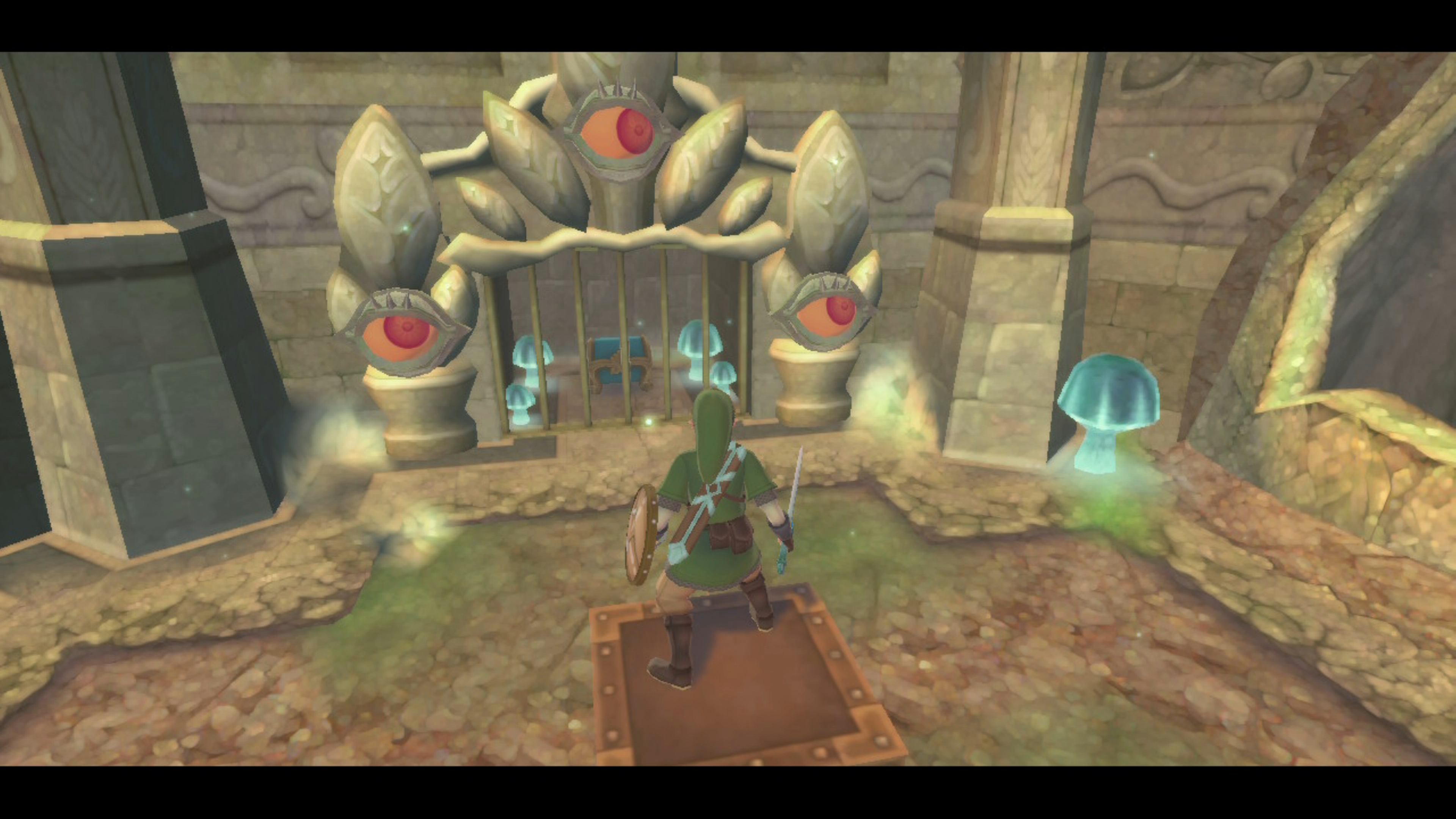 Later doors you encounter may have more than one eye – and though the approach is the same, you’ll have to think about how you approach it all. One eye alone won’t get dizzy – you’ll have to make all the eyes attached to a particular door get dizzy all at once.

As such, positioning is key. Consider these positioning puzzles. You may need to move blocks or adjust your stance in the room – and once you have all eyes focused on you and your sword, you can proceed to make them all dizzy, again opening the door.

The post Zelda Skyward Sword: how to open the eye door puzzles appeared first on VG247.