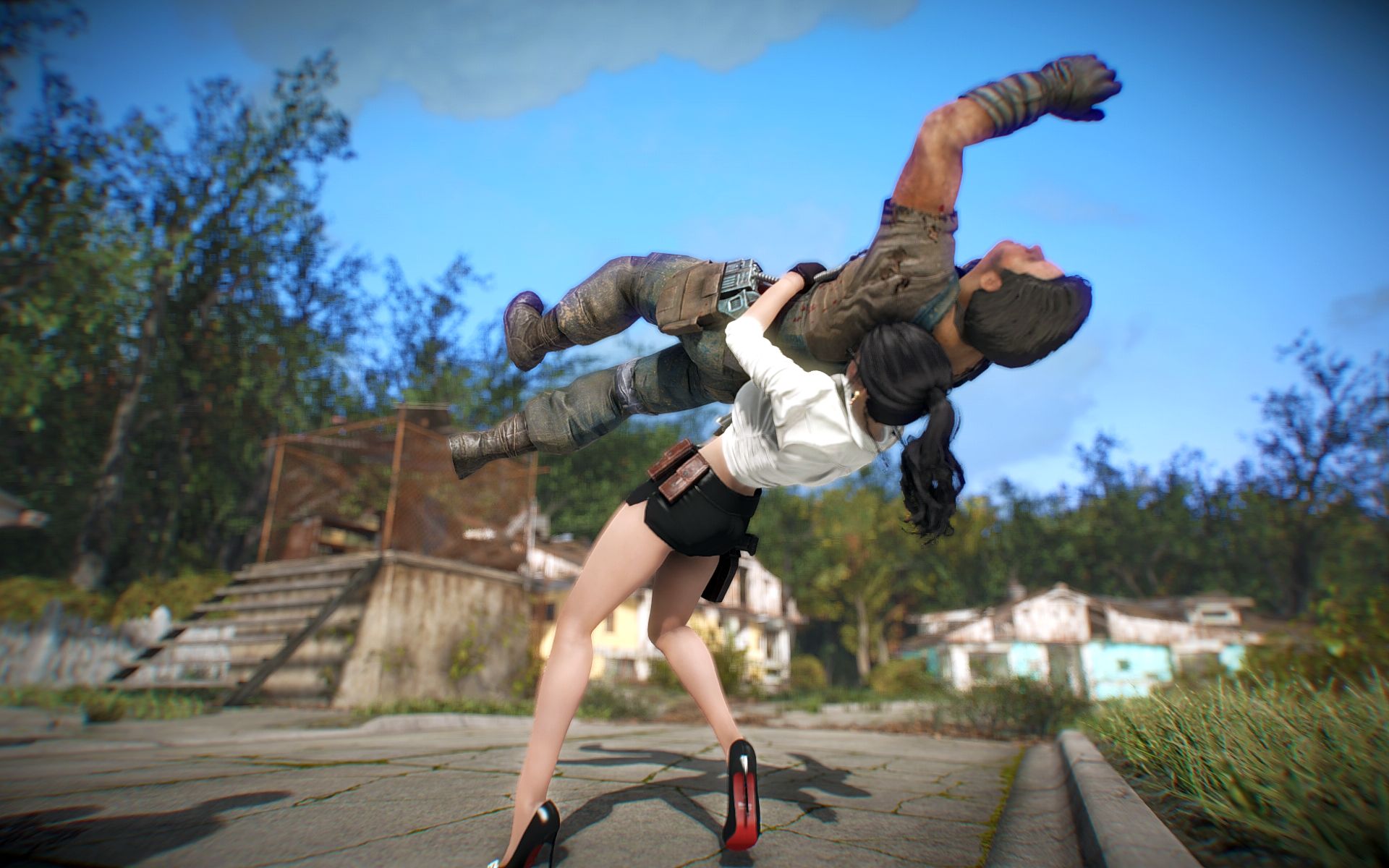 Ever been pootling around The Commonwealth minding your own business and thought, “That raider that just bopped me needs taking down a peg”? Surely you have – Fallout 4 is positively littered with enemies waiting to ruin your day. Well, the good news is you now don’t need to leave it to your rifles, bats, and power fists to deal out some sweet justice – one inspired fan has created a “human grab attacks” mod that lets you just suplex the bastards.

Elzee’s mod adds “80+ kinds of grab attacks for fun”, and from the description alone, it sure sounds it. The mod “changes all human killmoves to normal combat skills”, the creator explains, including all weapon and hand-to-hand killmoves, and even those that aren’t fatal, from the description. It also folds in new moves from the RPG game’s DLC.

To dish these out at your foes, you just need to hit the power attack button. While the grab attacks deal normal amounts of melee damage rather than just instant fatalities – which is probably fair, if you want combat to stay balanced and fun – they sure will look ace. The only bad news is that enemies will also make use of them “randomly” in melee combat, so you’ll need to watch out for incoming takedowns while you’re working up to handing out your own.