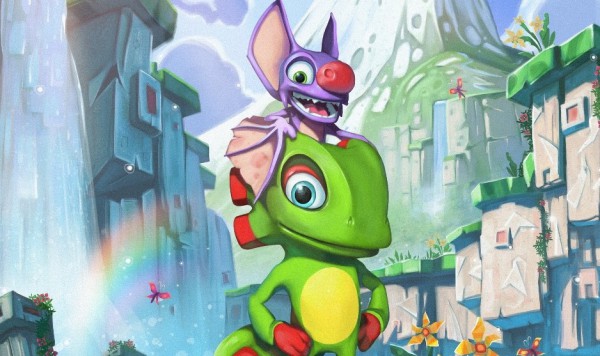 Microsoft has announced the latest round of Xbox Games with Gold.

Games with Gold for August are Darksiders 3, Yooka-Laylee, Lost Planet 3, and Garou: Mark of the Wolves.

Xbox Live Gold members will have access to these games for a limited time as part of Games with Gold, as will Xbox Game Pass Ultimate members.

Darksiders 3 will be available from August 1 to 31. In it, Fury, one of the Four Horsemen of the Apocalypse, is bound and determined to hunt down the Seven Deadly Sins in an open-ended, living world.

From August 16- September 15, you can play Yooka-Laylee. Here you will meet an interesting cast of characters while playing Yooka and Laylee. The duo is on a quest to stop the villain Capital B. who wants to absorb all the world’s literature.

On the classic front, Lost Planet 3 will be made available from August 1 to 15 via backwards compatibility. If you aren’t familiar with it, the game takes you deeper into the history of the Lost Planet universe as a prequel to the previous entries. In it, you relive the adventures of Jim Peyton who reveals hidden truths within the environments of E.D.N. III.

Finally, there’s backwards compatible title Garou: Mark of the Wolves. Available from August 16 to 31, it’s the last entry of the classic Fatal Fury series. You can choose between a dozen different fighters to participate in the King of Fighters: Maximum Mayhem tournament.

August 1 is just around the corner, giving you a few more days to take advantage of July offerings Planet Alpha and Midway Arcade Origins until July 31.

You have until August 15 to download and play Rock of Ages 3: Make & Break.