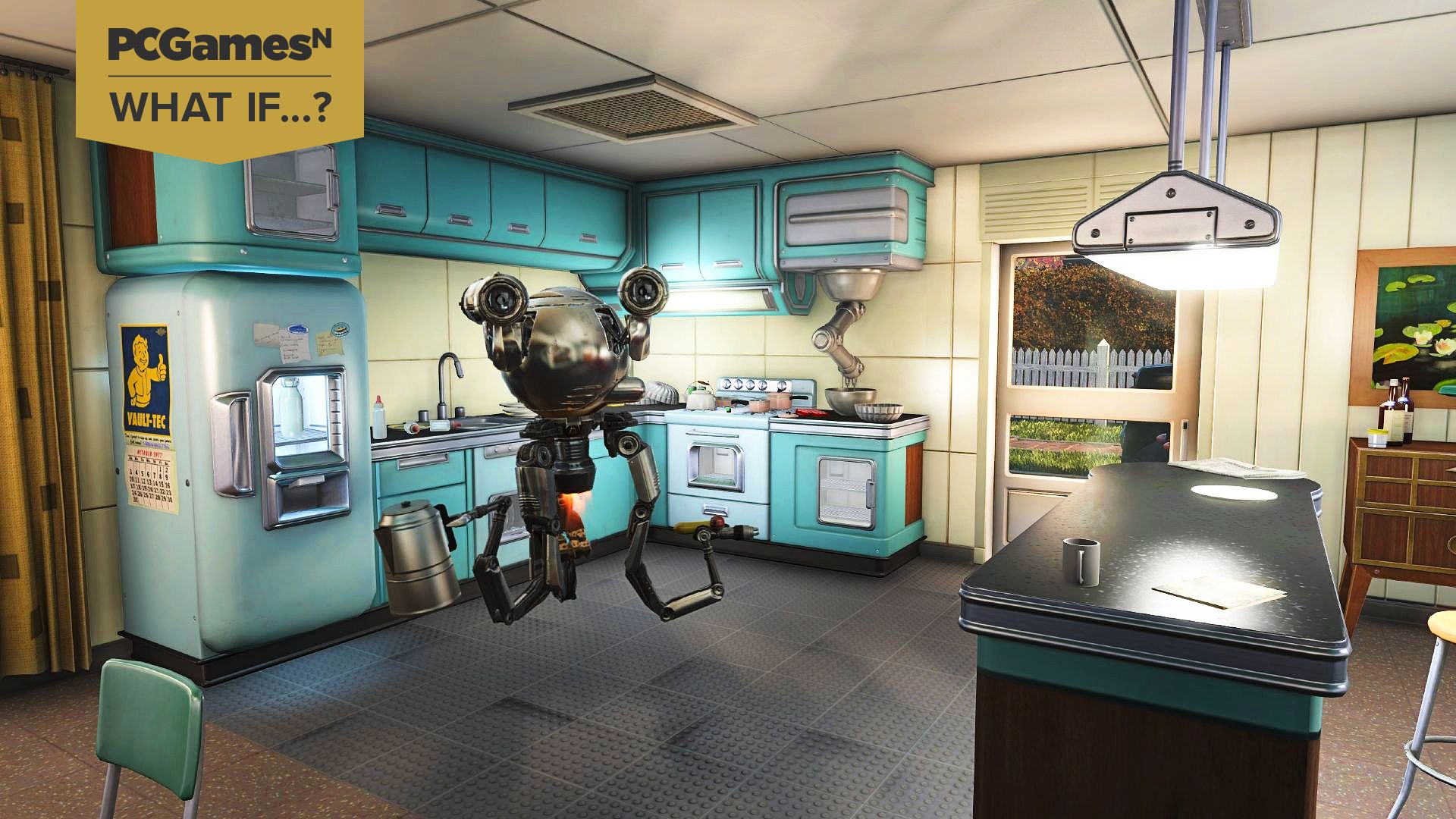 Todd Howard has a “one-pager” for Fallout 5. Perhaps Bethesda Game Studios is working on bringing that initial design doc to life, or maybe it handed development over to another studio as it did to Obsidian for Fallout: New Vegas. Either way, the developers probably have some clue as to what it’s going to be about. And we don’t.

That gives us a golden opportunity to put forth an idea that will horrify you: the idea of a Fallout 5 set in the world before the bombs drop. The snatches of Fallout’s pre-war world were always its most gripping narrative element. The very first thing the original CRPG shows you is a world clinging onto the visual language and cheery public service broadcasts of our real-world post-war America, despite having been bombed to a fine paste. How and why did that culture form?

In that first RPG, and indeed all its sequels, an alt-history timeline plots depleting resources and superpowers squabbling over the scraps, leading of course to a giant nuclear war that leaves the world irreparably brown. So what was life like during those years, from the 2050s to the 2070s?