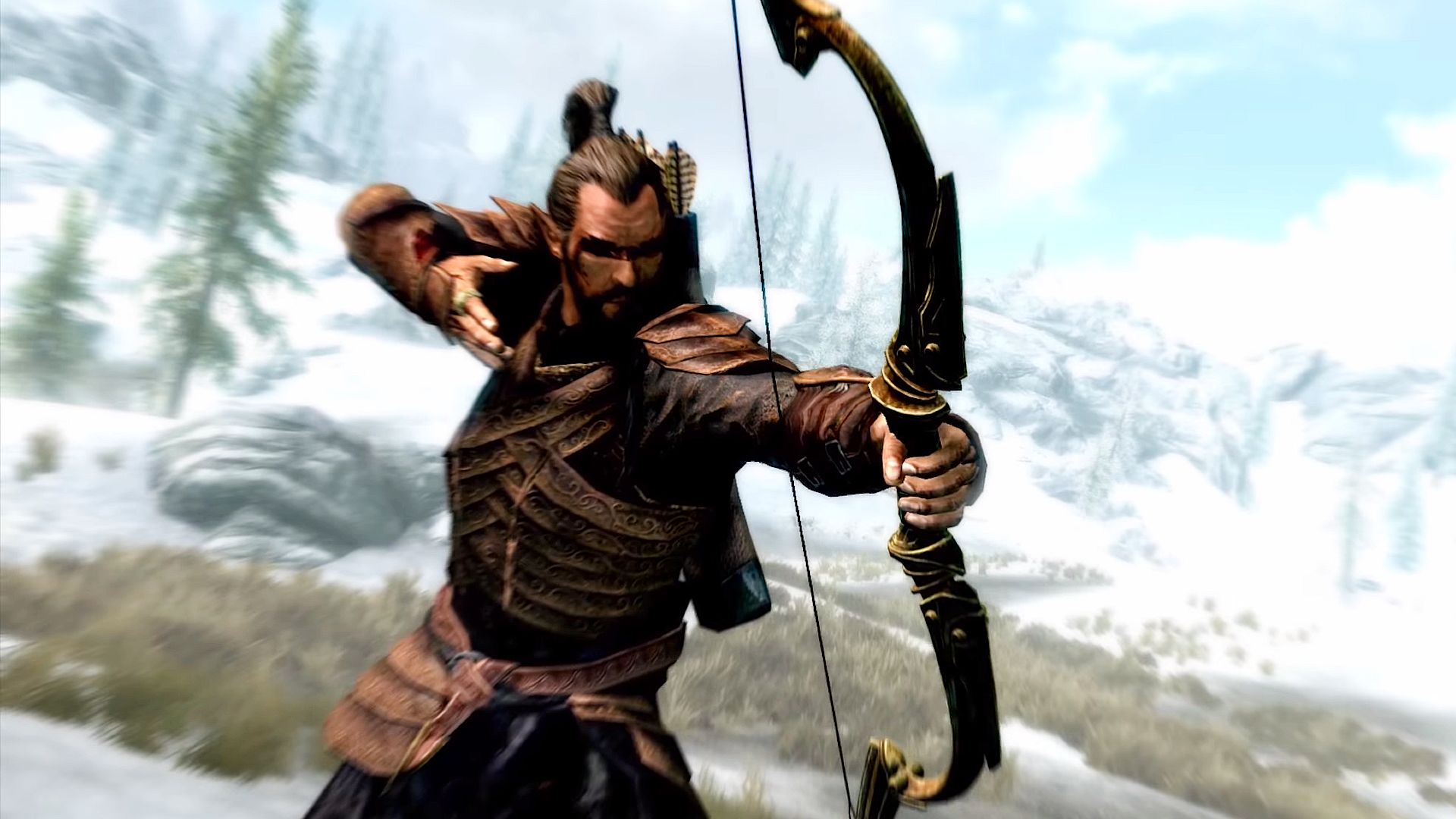 The Bosmer – or Wood Elves as they’re more commonly known – don’t get a lot of air time in Skyrim. By the time you get down to ‘Wood Elf’ in the character creator you’ve probably settled on either human variant one through four, or, if you want something a bit spicier, lizard dude or emo elf. Their homeland of Valenwood is far away, so it’s natural there aren’t many Bosmer in Skyrim, and aside from a few vendors and townsfolk, the most memorable bosmer in the game is Faendal, the Riverwood archer trapped in a love triangle that only you can resolve.

On a standard playthrough you’ll get the gist of what the nine other playable races are about, but the Wood Elves can seem like filler. You’ve got to go digging through books and dialogue trees to get a bead on the Bosmer, but there are rich rewards for those that do go searching for answers – turns out they’re probably the most bonkers race in Elder Scrolls lore.

The suffix -mer means elf. Like the Dunmer, Altmer, and Orsimer (technically Orcs are elves), the Bosmer’s ancestors came to Tamriel from the lost continent of Aldmeris. Sometime after moving to Tamriel, the mer evolved into the different subraces we know today.