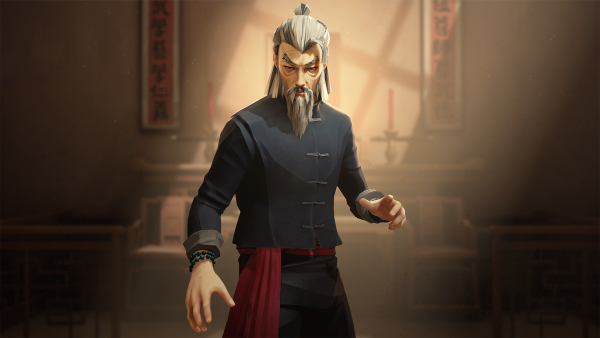 Sifu, the kung-fu action game where every death ages your character, got a new gameplay trailer during IGN’s E3 2021 Summer of Gaming livestream.

Sifu comes from Slocalp, the French team behind the unique martial arts fighting game Absolver. Though a lot of the previous title was designed around online play, the developer is moving away from multiplayer with this title.

Sifu was revealed at Sony’s State of Play livestream in March and is confirmed as a story-based, martial arts action game. But today, during the IGN Expo at IGN Summer of Gaming (where we also heard about Doki Doki Literature Club Plus and saw a new OlliOlli World trailer), we got a proper glimpse at the intriguing action game’s gameplay.

Check out the new trailer below.

“Featuring the gripping intensity of classic Kung Fu films with realistic and raw combat, Sifu tells the story of a young Kung Fu student who has spent their life training for a day of reckoning after the brutal murder of their entire family by a mysterious assassination squad,” reads a press release for the game.

“Hunt down the murderers one by one as you explore gang-ridden suburbs, hidden corners deep within the city, all the way to the cold hallways of corporate towers. Adaptation and careful positioning are the key to your survival and you must use everything at your disposal to succeed in your life’s mission.”