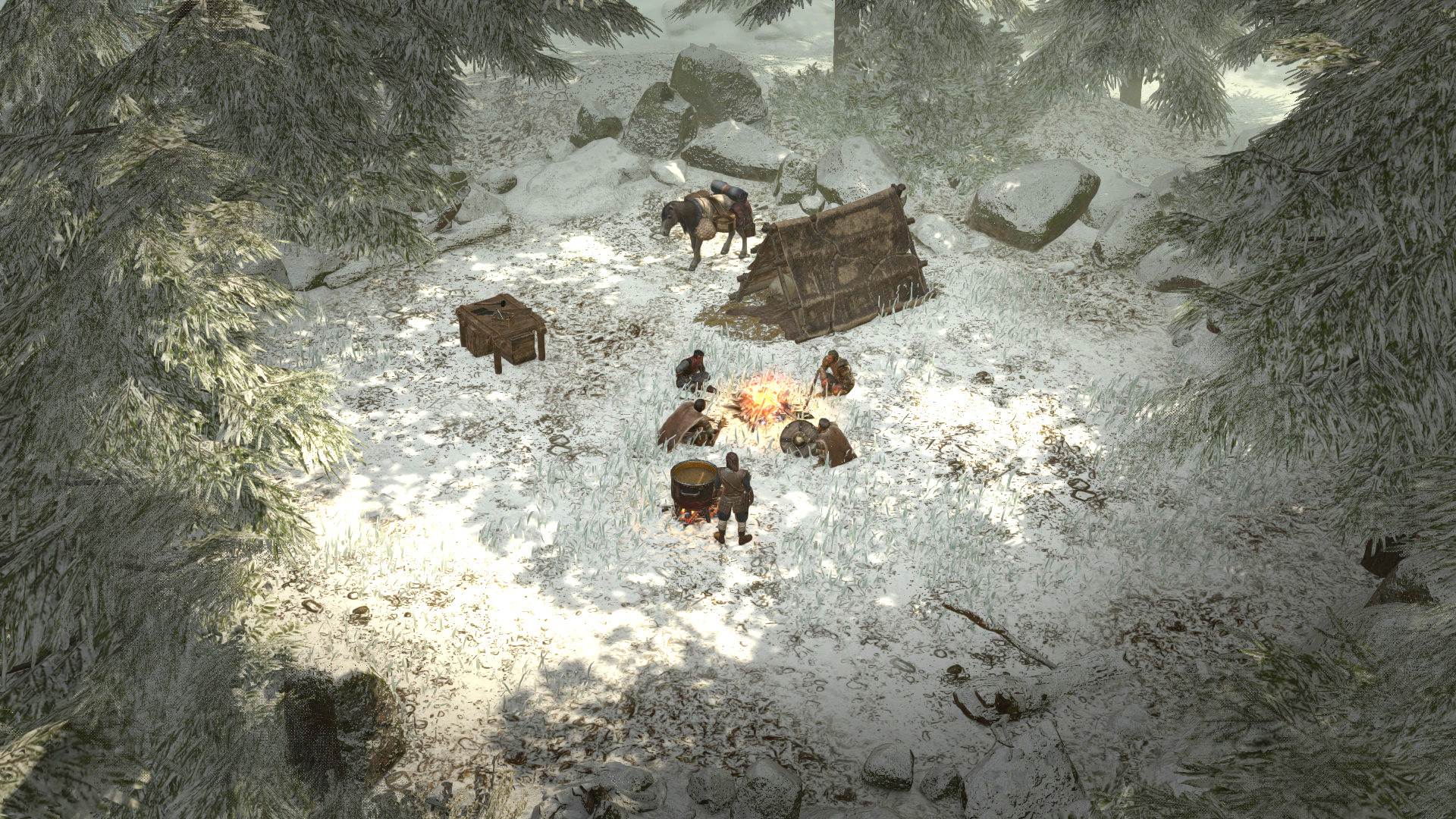 The Steam Next Fest is in full swing, and there are a bunch of demos available for a range of upcoming games. Wartales, recently announced during E3 2021, is one that caught our eye for two reasons. One: it’s from Shiro Games, masterminds of the popular RTS game Northgard; and two: because it reminds us of Battle Brothers.

Battle Brothers sees you lead a band of mercenaries through a grim, perilous, fictional medieval setting. It’s secretly the best Warhammer game, even though it’s not technically a Warhammer game, and makes excellent use of limited development resources with an artistic 2D aesthetic and an emphasis on tough, RNG-heavy gameplay that will get your favourite characters killed a lot.

Wartales gives off the same energy, although Shiro could have perhaps tried harder with the name. Technically, it’s an open-world RPG, but we’re not going to quibble over definitions. You lead a group of soldiers struggling to survive in a harsh medieval setting. There’s exploration, there’s turn-based tactical combat. There are survival mechanics around food, pay, and equipment. There may even be cannibalism. It’s Battle Brothers in 3D, and don’t let anyone tell you otherwise.