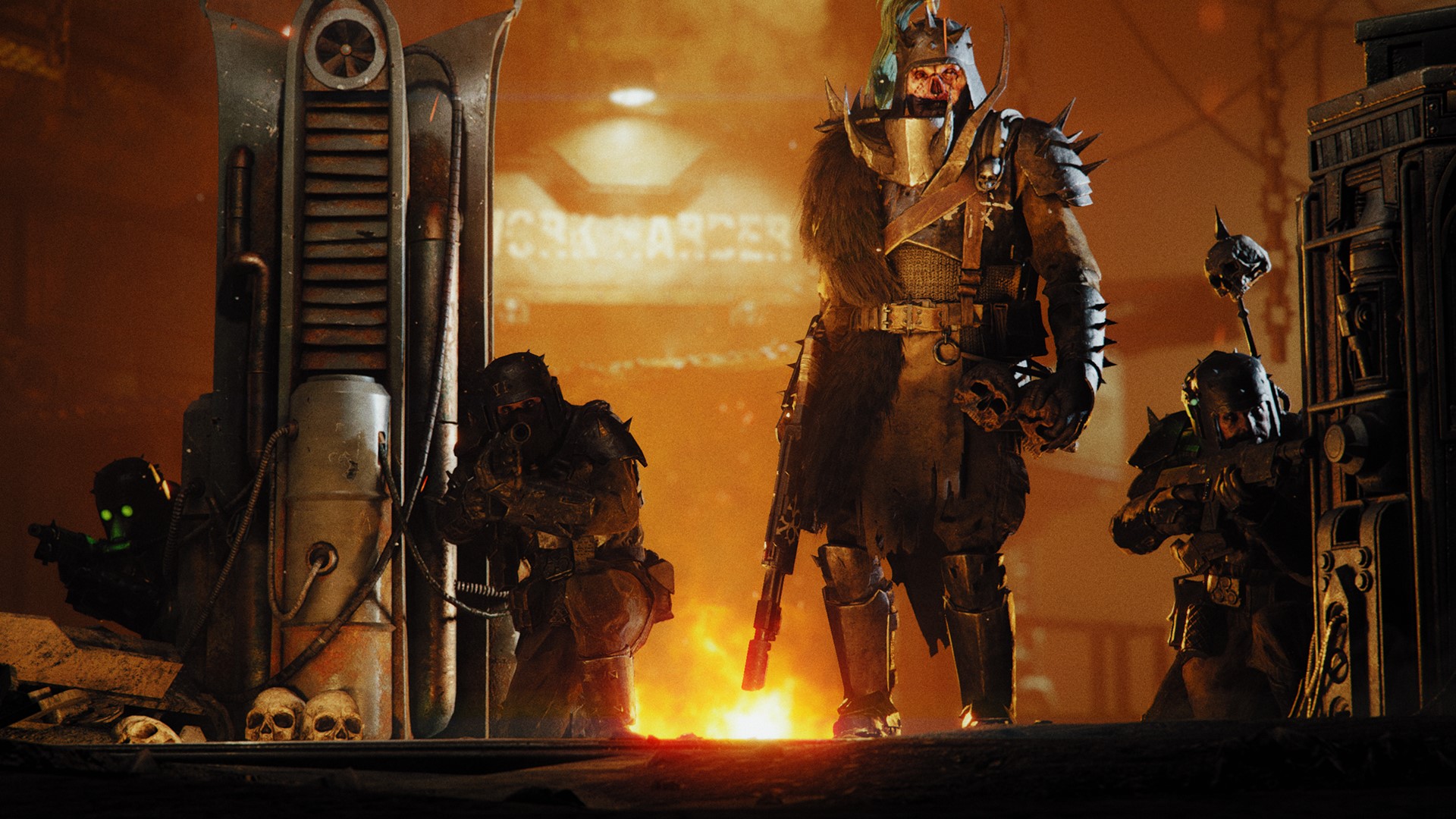 There could hardly be a place in the Warhammer 40,000 universe further from the open battlefields of its tabletop game than the hive city of Tertium. While the city itself is home to billions and sprawls over a whole continent, the dark sewers and mechanical caverns beneath it are where you’ll be headed in Warhammer 40k: Darktide, Fatshark’s far future follow-up to the rat-smashing Vermintide games.

Author Dan Abnett has been dwelling in this world for quite some time now. He’s written a frankly staggering number of novels set in the 40k universe, including several books in the Horus Heresy series, as well as the 16 novels that comprise his Gaunt’s Ghosts series. He’s been tapped by Fatshark and Games Workshop as a co-writer on Darktide, and he says that for him, finding the human perspective has been the key to making it a terrifying experience – but also one that leans into the inherent humour he finds in the Warhammer 40k setting.

“In the grim darkness of the far future, there is only war is one of the most dramatic lines in any science fiction universe,” Abnett tells us. “It’s also really funny, because it’s just so damn big. It’s so grandiose and operatic that you could easily start giggling, just because of how bleakly serious and horrific everything is.”