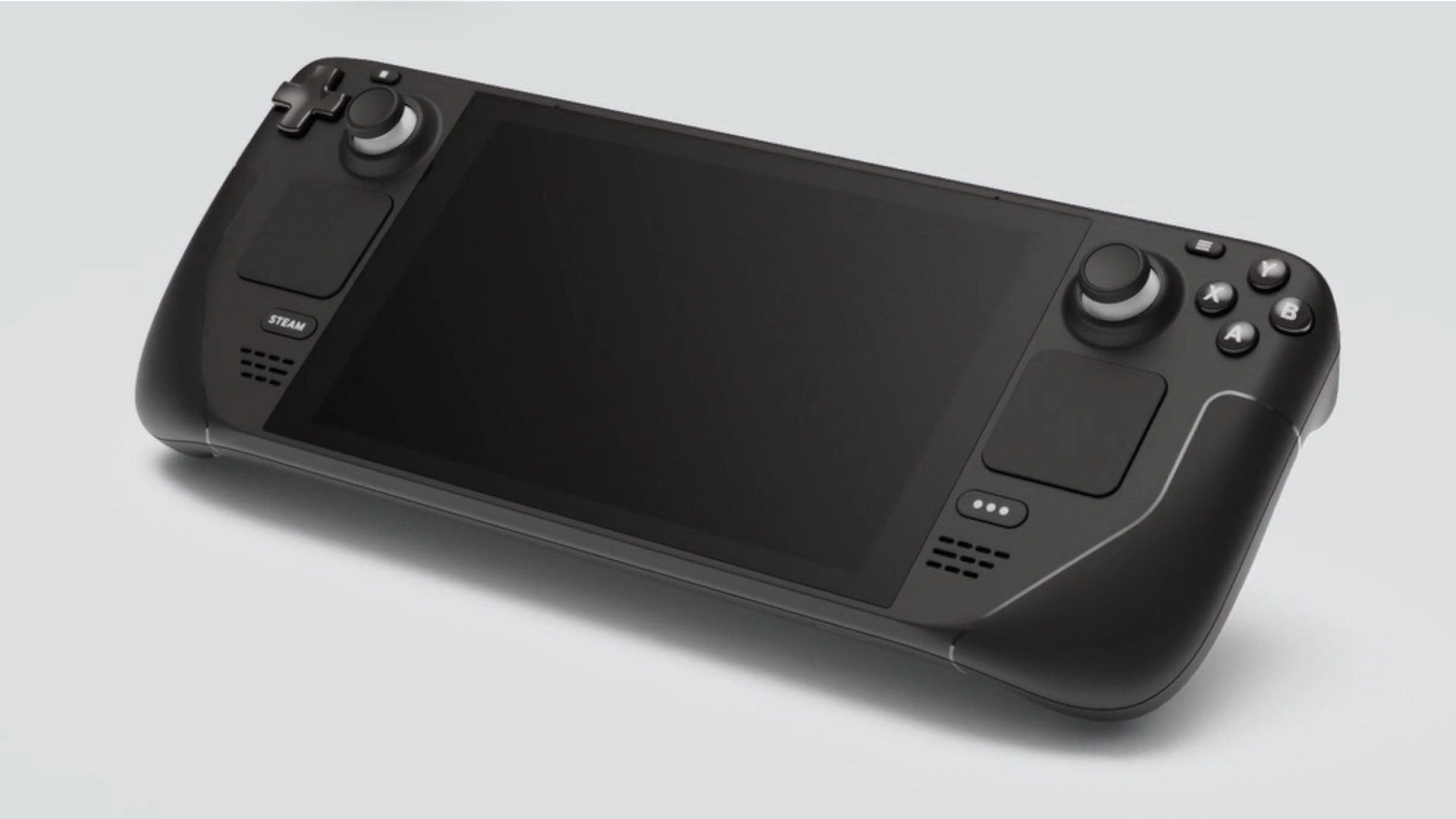 The rumours are true – Valve plans to release its own portable console this year. The Steam Deck is a handheld PC with a Switch-like form factor that lets you play your entire Steam library on the go. Valve has unveiled the machine and its specs ahead of reservations starting tomorrow.

The Steam Deck features a custom AMD processor and GPU combo built on Zen 2 and RDNA 2 architecture, which according to Valve, features “more than enough performance to run the latest AAA games in a very efficient power envelope”. The 7-inch touchscreen offers a 16:10 resolution of 1280 x 800 at 60Hz.

An optional dock, sold separately, will allow you to connect to an external display via HDMI, just like a Switch. The dock also features a wired ethernet port and USB connections, as well as a DisplayPort connection. The console itself features all the thumbsticks and buttons you’d expect from a modern controller, plus trackpads under each stick, and additional buttons on the back of the device.