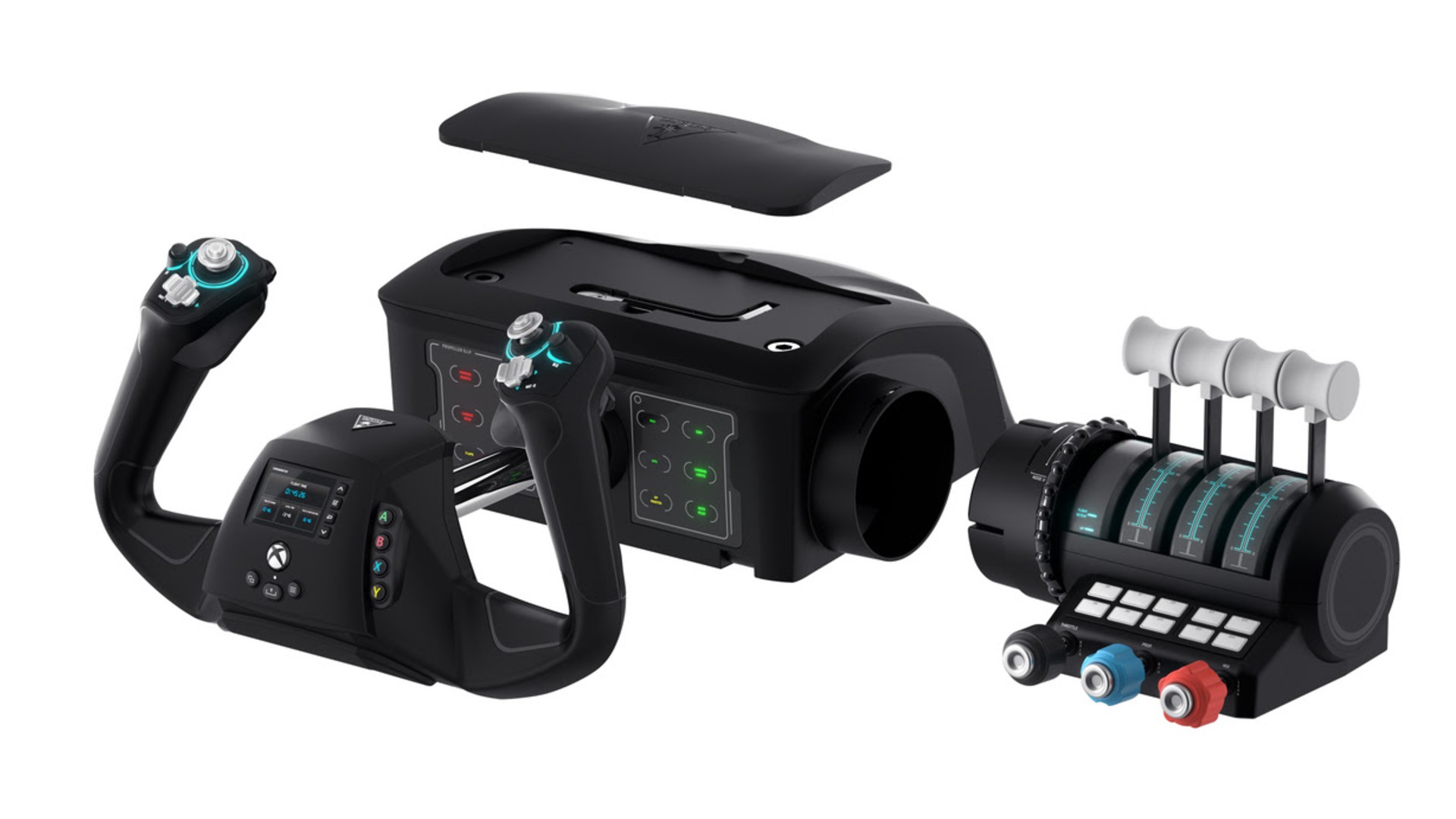 If you’re thinking of taking off in Microsoft Flight Simulator, playing with a keyboard and mouse is pretty much out of the question. While the best PC controller does a pretty good job, a dedicated flight stick or yoke is the best way to have full control over your plane. They’re usually not the most attractive peripherals around, but Turtle Beach is shaking things up at E3 with its eye-catching first entry into the simulation market: the new Velocity One flight system.

While the company’s releasing it in preparation for the game hitting Xbox consoles next month, it’s also designed for Windows 10, and it looks like it could be the best joystick for PC flight simming. The device comprises a quad-throttle quadrant, along with a yoke, integrated rudder controls, plenty of buttons to map, and some flashy ambient lighting.

The cherry on top is the device’s integration with Microsoft Flight Simulator. First, there are indicators behind the yoke notifying you of your landing gear status and when engine failures rear their ugly head. There’s also a built-in colour screen that can display more flight information, as well as its own ‘training mode’ to help you learn how to fly certain models of aircraft.