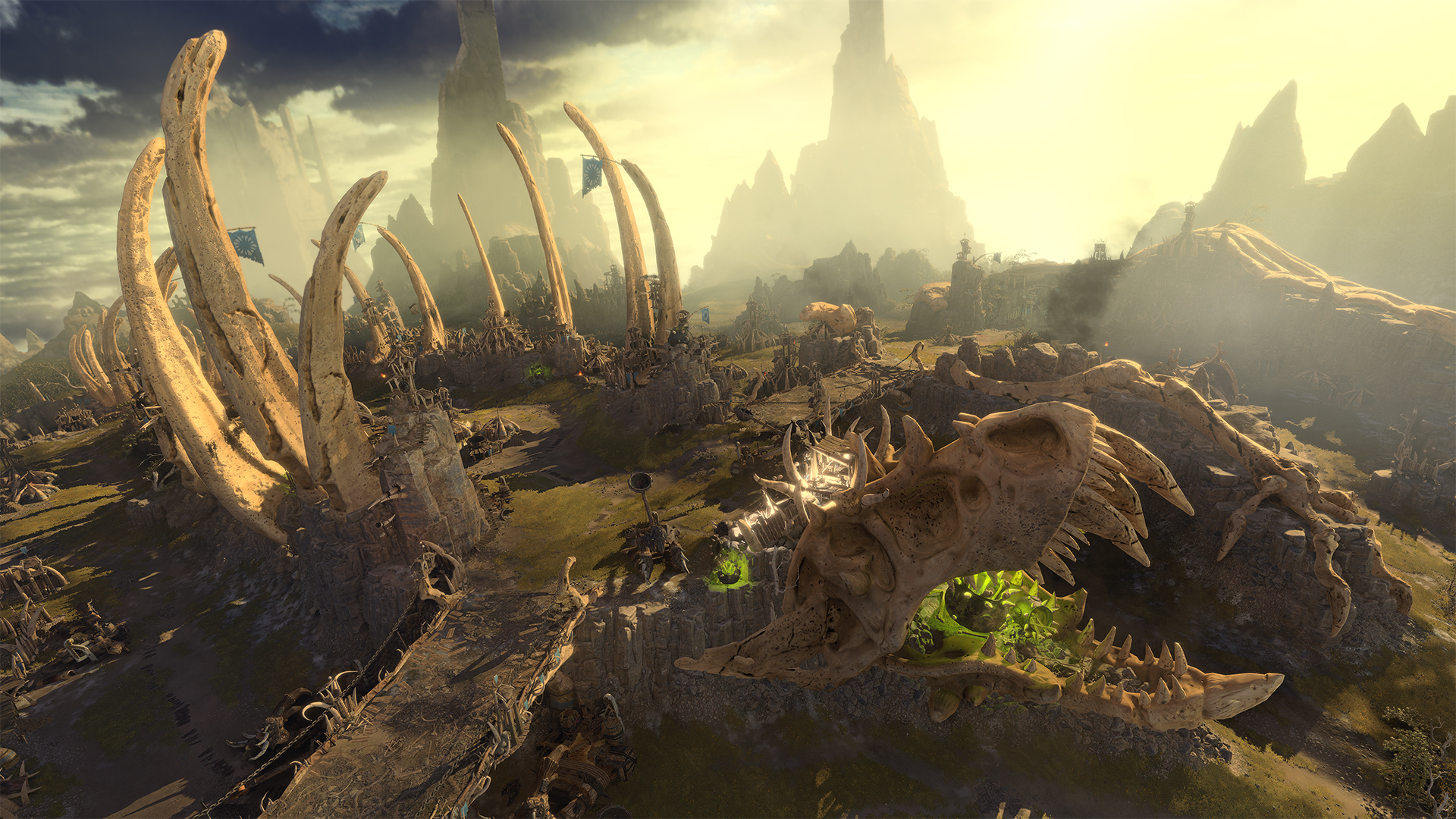 Last week we got treated to the announcement (and confirmation) of the Ogre Kingdoms as Total War: Warhammer III’s pre-order incentive, as well as a new firm release date. What also got announced at the same time were two physical editions for the game – the ‘Day One’ and the ‘Limited’ editions – the details of which you can find out on the strategy game’s updated FAQ.

The physical editions themselves are not what we’re interested in though, it’s what comes with them – namely, both editions come with a printed version of Total War: Warhammer III’s campaign map, giving us our first official glimpse as to what the game’s strategic playgroundc is going to look like. As you can imagine, this has Total War fans quite excited.

As we only have the promo images for the physical editions as a source, part of the campaign map is obscured by other features, but that hasn’t stopped people from attempting to fill in the blanks. This is made easier as it seems that Warhammer III’s campaign map will feature elements of the Old World from the Warhammer I map, namely the northern parts of the Empire, as well as the Chaos Wastes and the area around Kislev.