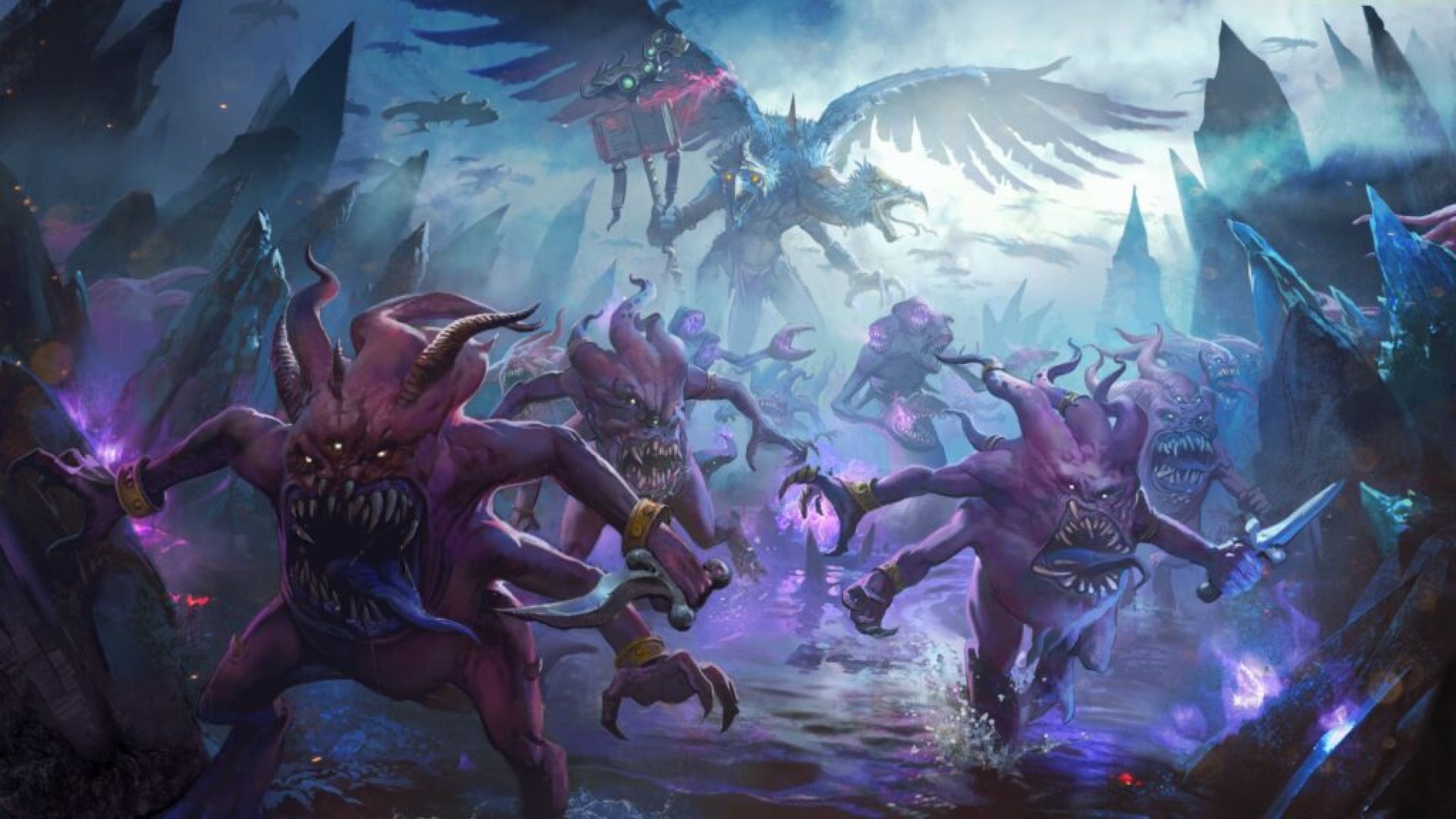 Facing down the horrors of Tzeentch in Total War: Warhammer III is going to be quite the spectacular event, and now we’ve gotten a look at the bulk of the units planned for the strategy game’s weirdest Chaos faction. The Tzeentch roster is heavy on daemons, but unlike the angry red boys found in Khorne’s army, Tzeentch’s soldiers are creatures of magic, and use it to bend and tear at reality itself – or set things on fire, whichever seems like a better idea at the time.

A new post on the official Total War site breaks down Tzeentch’s army roster, starting at the top with his legendary lord, Kairos Fateweaver. A massive two-headed bird creature, Kairos’ right head sees into the future, whilst his left sees everything in the past. That leaves him with a bit of a blind spot for the present moment, but he makes up for that with a magical barrier – a shield that all Tzeentch units have.

Kairos can pick up and use ‘fragments’ from spell lores that give him access to several of those lores’ spells, and his staff of tomorrow can be used to instantly refresh all his own spell cooldowns. He’s also got a nasty Gaze of Fate ability that allows him to freeze an enemy unit in its tracks.