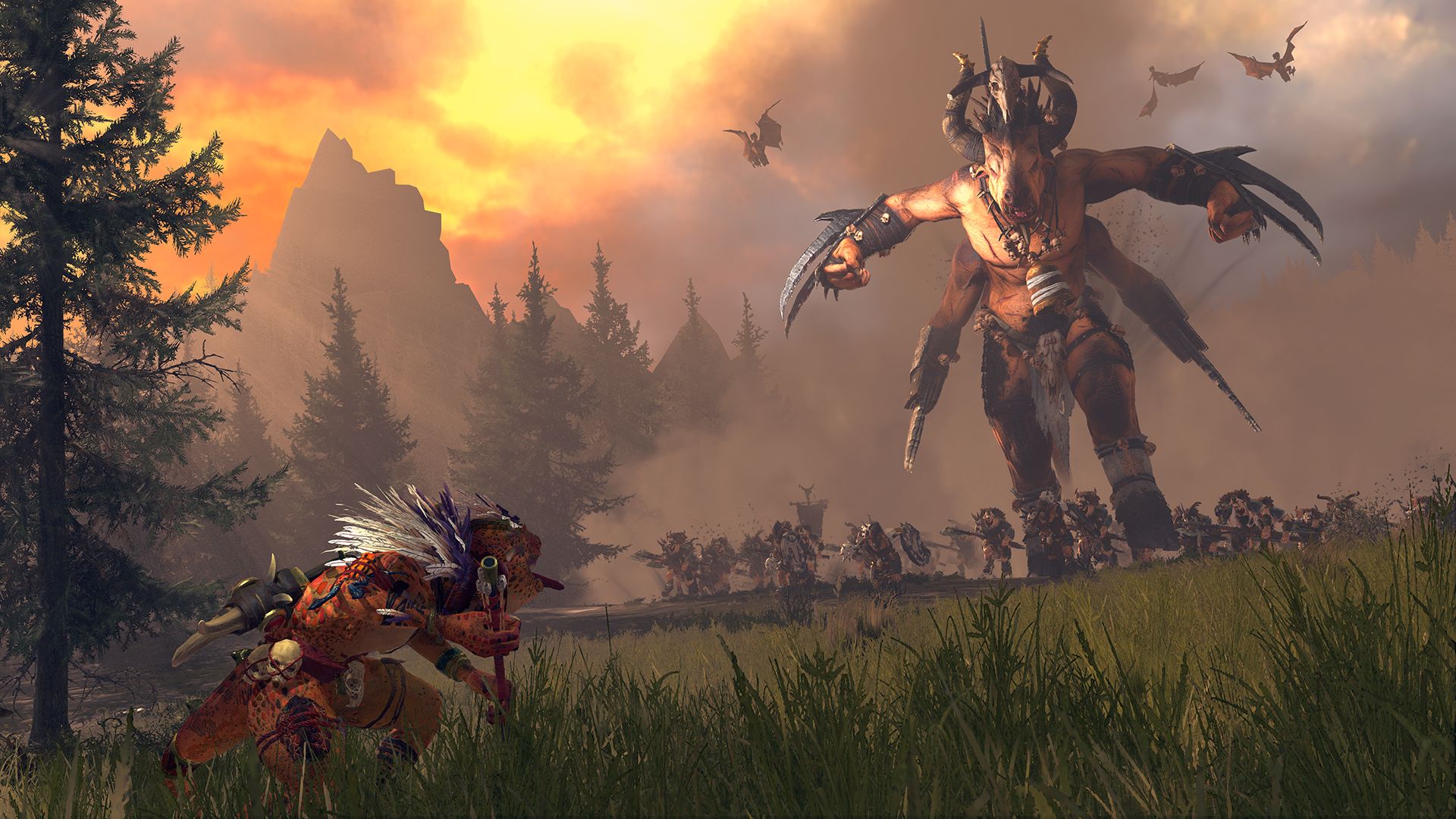 Back in June, Creative Assembly and Sega announced Total War: Warhammer II’s final Lords Pack The Silence and the Fury with a teaser trailer letting us know that, at long last, the Beastmen would be getting some love. The contents of the DLC have been the subject of much speculation in the strategy game’s community since then, but now all has been revealed – and there are two new legendary lords, complete with factions and campaigns, and longed-for Ghorgon and Jabberslythe units on the way.

First up, those two new lords. For the much-maligned Beastmen, there’s the “rage-filled” Doombull minotaur Taurox, who is forged of “living brass” and is almost invisible to the eye, except for one portion of his meaty neck which is left uncovered, as the studios reveal in a press release. He’s both under the allure of and taunted by the Chaos Gods, who urge him towards a ritual that could unleash their powers and see him ascend, if they can be trusted to keep their word. Which they can’t. Ever.

For the Lizardmen, there’s Oxyotl, who makes up “the silence” bit of the DLC. He’s a skink whose strengths hinge on stealth and the ability to sense Chaos. Oxyotl is determined to stop Taurox and his army, and keep the world safe – well, as safe as a world full of ever-battling beasties can be, anyway. He has to “revive Silent Sanctums in the secret places of the world and gain the power needed to stop Taurox,” the studios reveal.