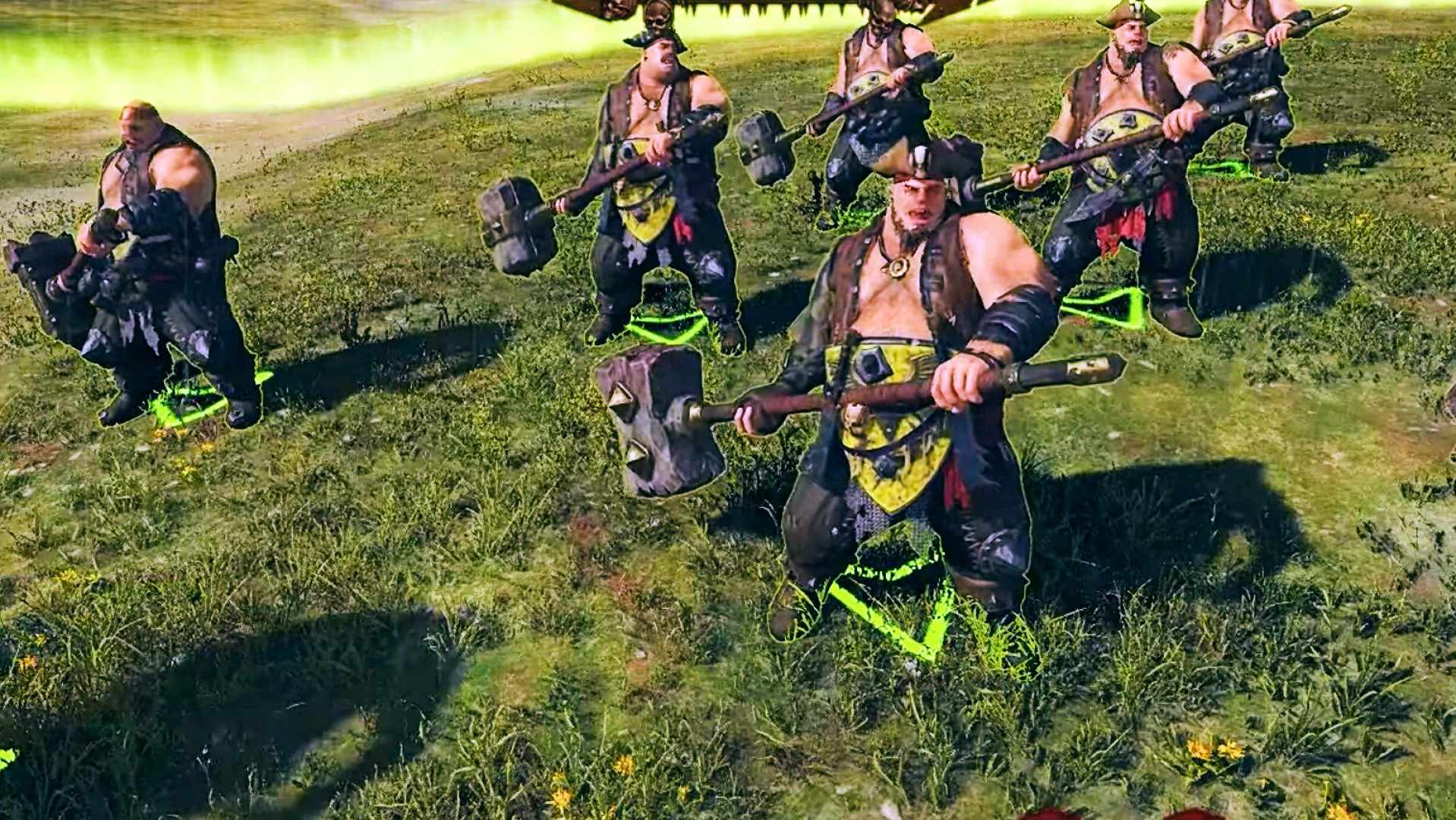 Kislev, Khorne, Tzeentch, Cathay – they’ve all had their time in the pre-release spotlight in the long leadup to the Total War: Warhammer III release date. Lately, however, we’ve gotten our first peek at the strategy game’s tallest and hungriest faction, the Ogre Kingdoms. In a new video highlighting a selection of the Ogre Kingdoms’ unit roster, we get a look at how well-rounded these big meat-eating lads really are.

Zerkovich’s latest video shows off a partial selection of the Ogre Kingdoms army roster. It ranges from the diminutive Gnoblars at the small end up to the fearsome legendary lords Skrag the Slaughterer and Greasus Goldteeth at the other. In between, you have a surprisingly wide array of potential jobs for an ambitious young ogre to fill, whether their preference is melee combat or hunting down huge monsters on horseback.

The Ogre Kingdoms are a mobile society that operate somewhat like a horde faction, a concept introduced in Total War: Attila. As such, they’re relatively lightly armoured compared to other factions: metal armour and shields are a rarity in these ranks. The basic Gnoblar infantry lacks any of the anti-large spear weapons or silver shields carried by their Goblin counterparts in Greenskin armies, but they make up for their lack of protection by being extremely cheap to recruit.