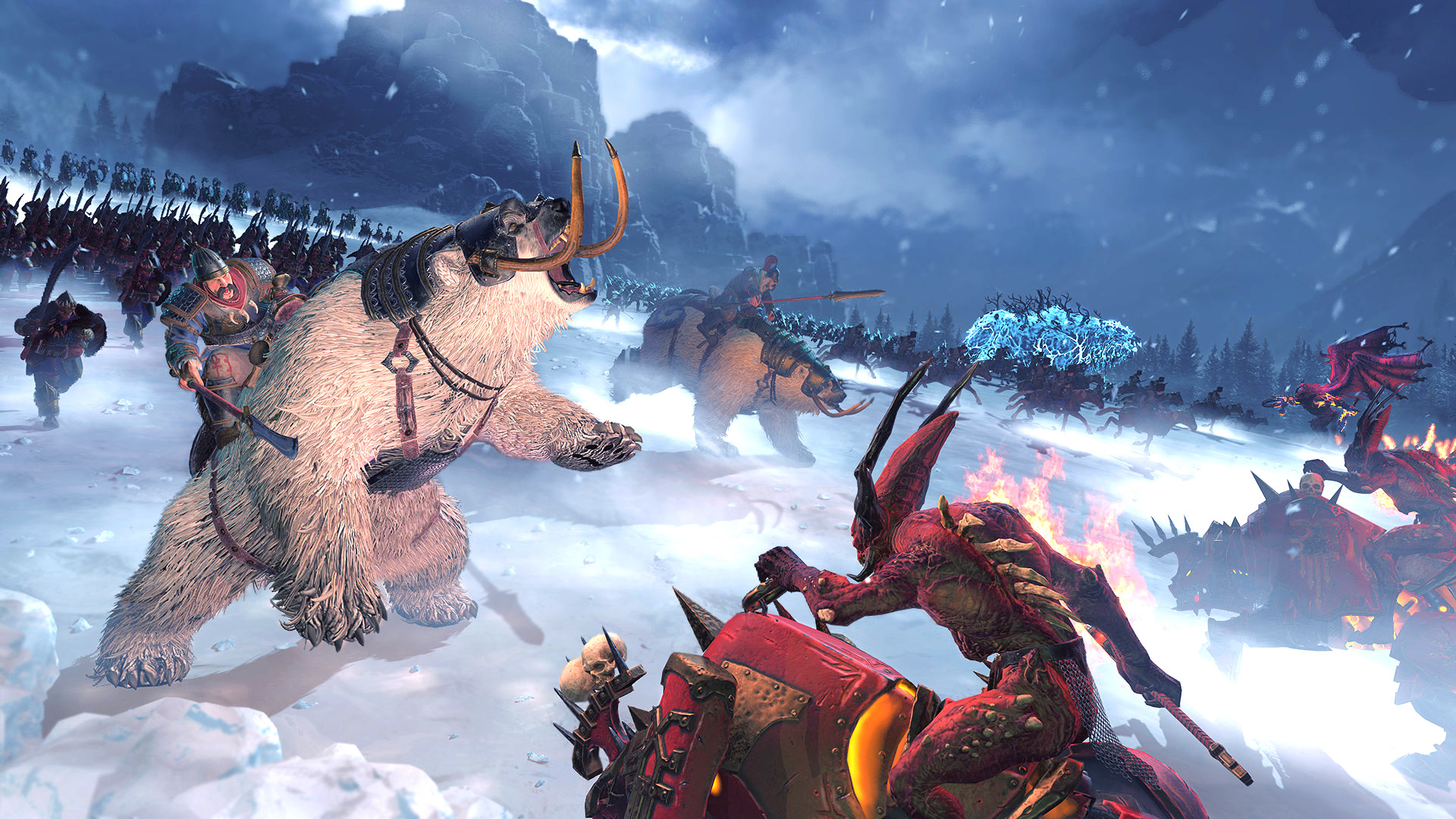 Creative Assembly has been giving us regular information drops on Total War: Warhammer III for the past month or so now. Last month a teaser was released for the Kislev army, with follow-up articles looking at specific units. The studio also recently ‘announced’ the Khorne faction (even though we already knew it was a faction), and is doing a similar thing there as well.

Today, the studio unveiled the full army roster for Kislev. Everything from legendary lords and minor heroes, to the specifics of infantry, cavalry, and what monsters the popular Warhammer 3 race will have available. Any unanswered questions you have regarding the roster itself should now be answered, although it’s worth noting the article is light on specific stats and abilities.

I was surprised to learn that there are, in fact, two variants of the bear-powered war sleds, because clearly one wasn’t enough. There are also two legendary lords, normal lords, and heroes each, although nothing hugely surprising there. There is but one single artillery unit. Check out our Warhammer 3 Kislev guide for further analysis.