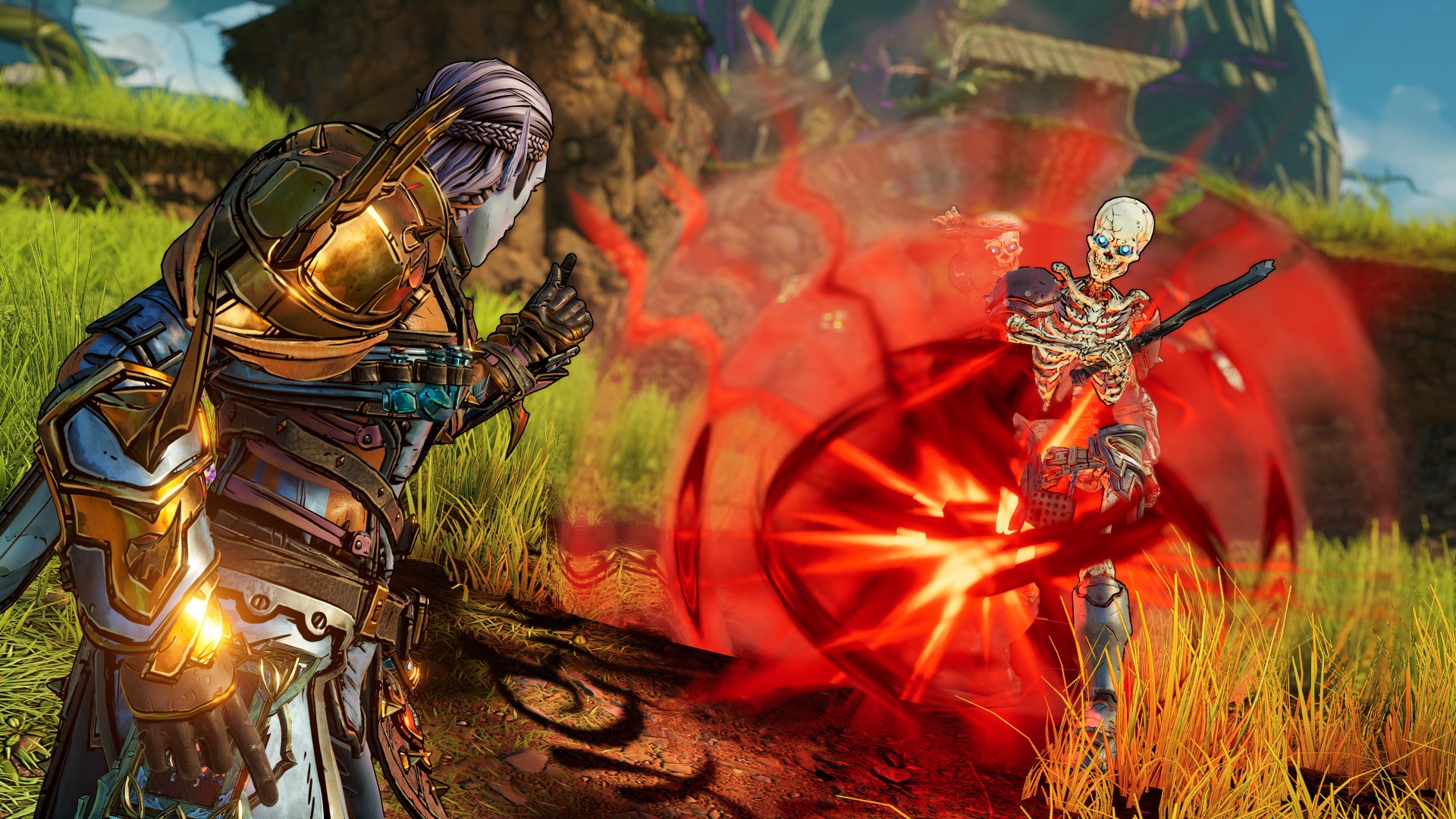 Tiny Tina’s Wonderland, which we first saw revealed at the Summer Games Fest earlier this year, will have a customisable character class system and an actual Butt Stallion, apparently. Developer Gearbox has shared loads of new details about the Borderlands spinoff game, including information about classes, environments, and combat mechanics in the upcoming PC game.

Gearbox says you’ll be able to “mix and match six unique character skill trees” when designing your Wonderlands character, and those trees include interesting spins on existing RPG game standbys. The Stabbomancer, for instance, is a kind of magic-using assassin class, using sorcery to summon whirling blades or to vanish from sight.

Brr-Zerkers are close-in, brawny melee fighters who “harness the bitter cold of icy winters” in the frozen mountains. Gearbox’s latest developer diary explains that each character will have a loadout of spells and guns, plus a dedicated melee weapon equipped at all times. It’s meant to be mixed in with your spell and ranged weapon attacks, rather than relied on for primary damage output, Gearbox explains. However, it’s handy in a pinch to “give you a bit of breathing room.”