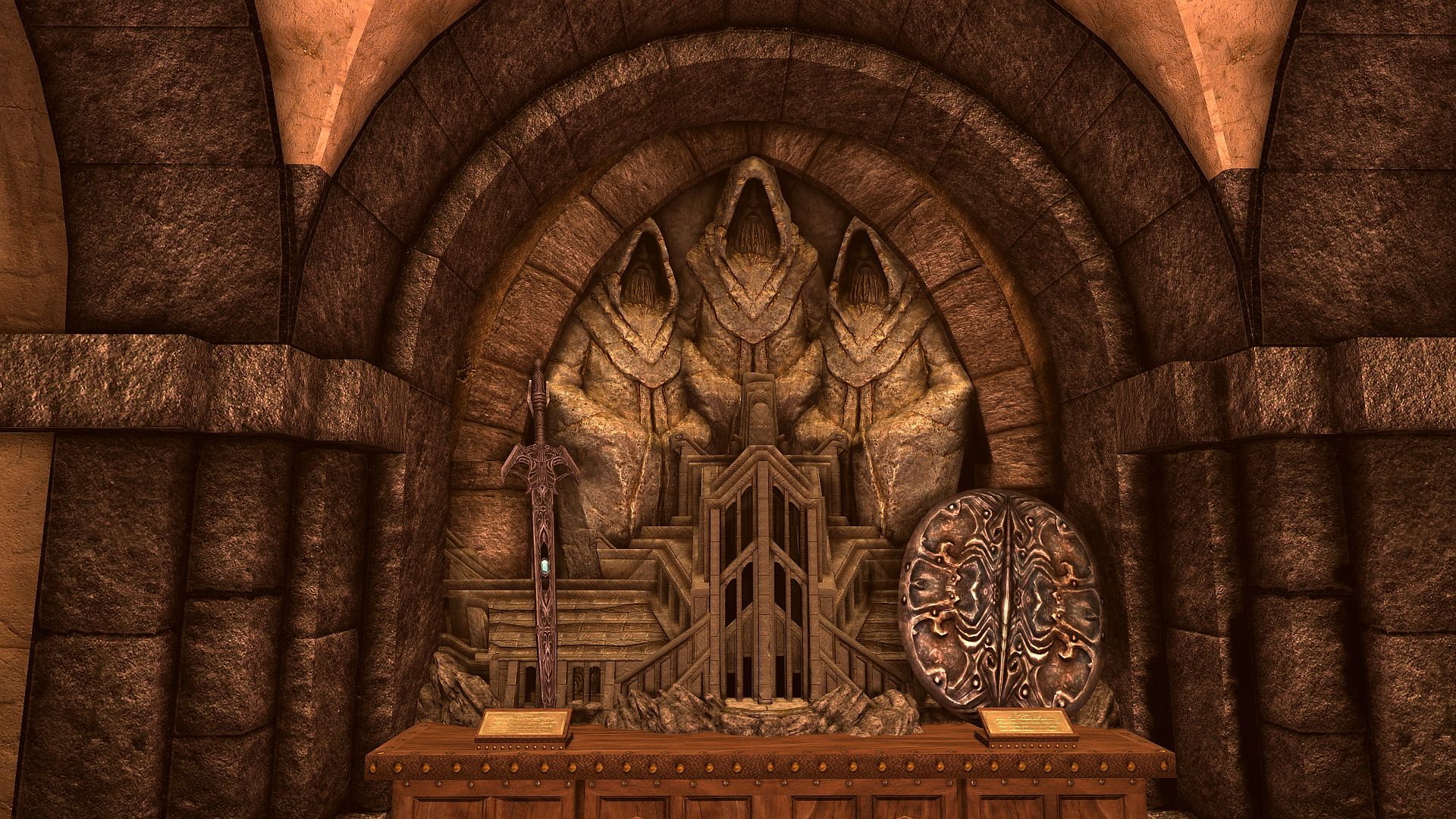 If you’re anything like me, approximately 99.9% of your time in Skyrim will be spent plundering its many, treasure-packed dungeons and caves in pursuit of goodies. Well, a vast slice of your time, anyway. Now, a new mod has added even more of that kind of content to Bethesda’s mammoth fantasy game, with new dungeons, hundreds of artefacts, a museum, and more.

The mod in question is a revised version of HeirOfTheSeptims’ Artefacts of Skyrim creation, which “adds over 200 new items for you to discover”, each with their own “unique effects, appearance, and story”. Some are far easier to find than others, and not all of them are going to be powerful, prized possessions for your Dragonborn – some are “utterly useless!” Still, they might be shiny.

As for where you’ll find these new relics, the mod adds six new dungeons, which can be found scattered across Tamriel’s frostiest land, which you’ll have to track down using clues from a ‘Provincial Artefacts’ book in the game. There’s a rundown of where these are on the mod page in case you’re having trouble, but we won’t spoil them here.