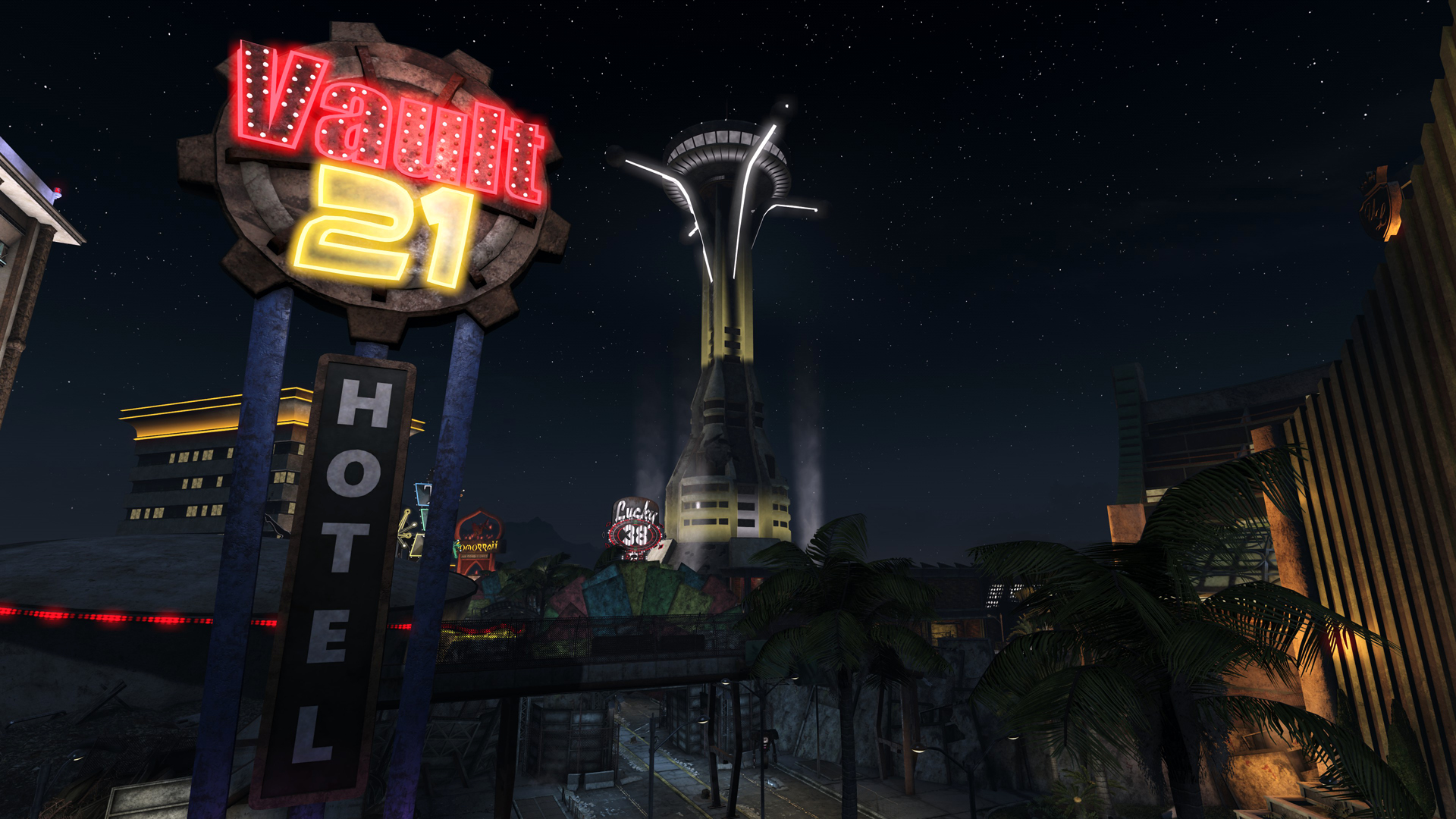 The new Project Mojave mod for Fallout 4 is out now, and what it does is bring the world of Obsidian’s Fallout: New Vegas to the more updated engine – featuring a remake of roughly a quarter of the game’s map, including the New Vegas strip and “three functional casinos”.

Of course, we’ve seen mods that attempt to put previous series titles into more modern engines before – most notably the likes of Skyblivion and Skywind, which are both probably still years away, despite reports to the contrary. However, the only real attempt to put Fallout: New Vegas into Fallout 4 seems to have fallen by the wayside.

Fallout 4: Project Mojave, however, is out now and can be downloaded at Nexus Mods (thanks, DSOGaming). It’s only “an early access look” that includes the lower half of the Mojave Wasteland map, but does feature the iconic Vegas Strip – as well as the ability to build three functional casino games to play on the strip.