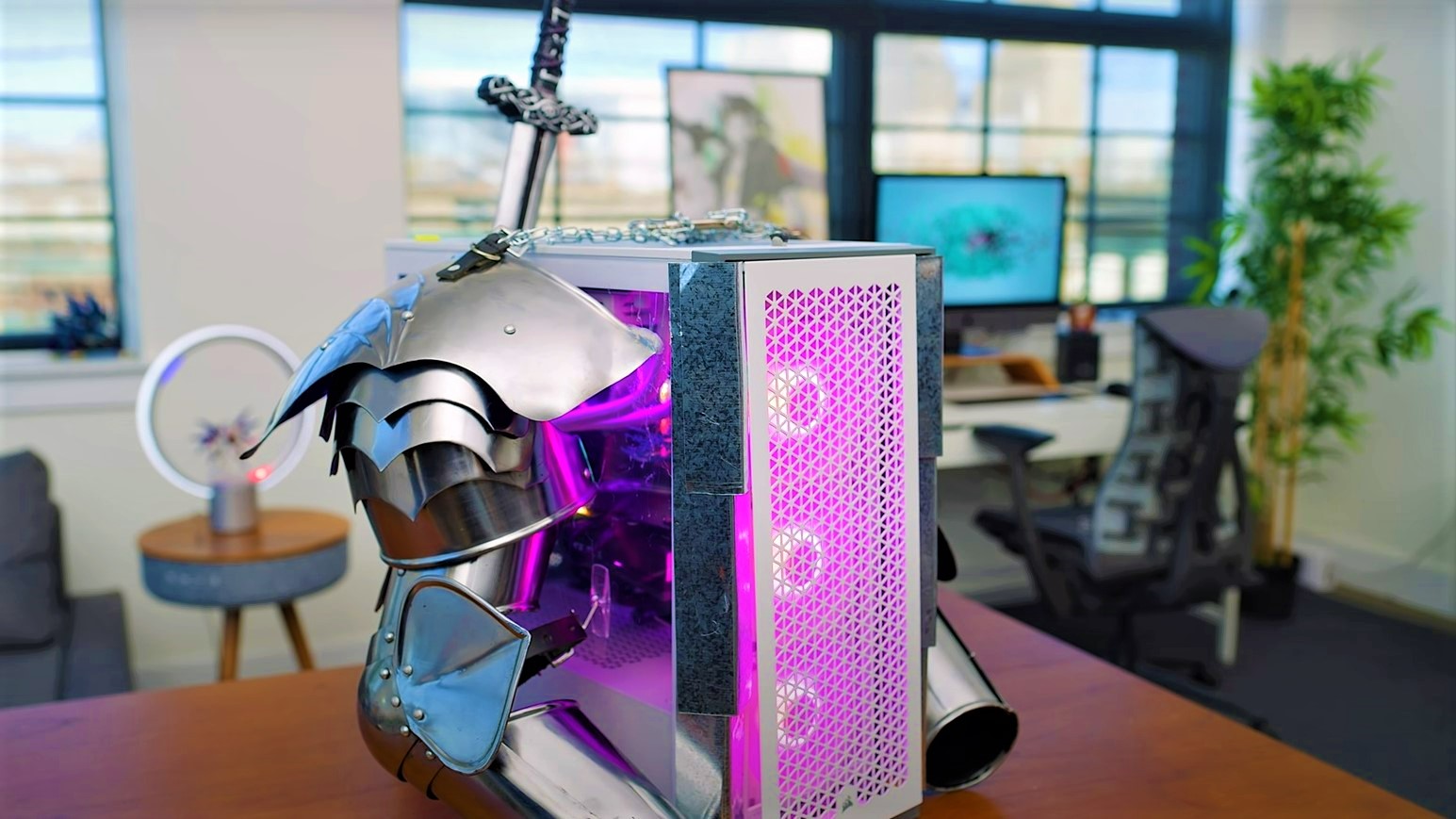 Age of Empires IV stormed storefronts on October 28, and the latest addition to the renowned RTS series is something of a traditional triumph. To celebrate the strategy game’s victorious release, and its day one arrival on Xbox Game Pass, Microsoft has teamed up with a fan-favourite tech YouTuber to create a custom gaming PC that’s not just armed to the teeth with the latest components, it’s also clad in metal armour.

Assembled by UrAvgConsumer, the custom Age of Empires IV PC is armed with an AMD Ryzen 5600X gaming CPU, an MSI Gaming Z Trio RTX 3070, 16GB of G-Skill gaming RAM, and a dexterous Samsung 980 Pro SSD. While the latest entry to the renowned strategy series won’t wage war on most gaming PCs, UrAvgConsumer says they wanted “a strong system like this to have some of the power to back it up.”

Of course, while the innards of this commemorative build are impressive, the real star of the show is the machine’s heavy metal exterior, which comprises armoured shoulders and a short sword as the cherry on top. The gallant gaming PC might be medieval-themed, but UrAvgConsumer made sure to throw some RBG lighting into the mix, which makes this project look like some sort of eldritch knight.