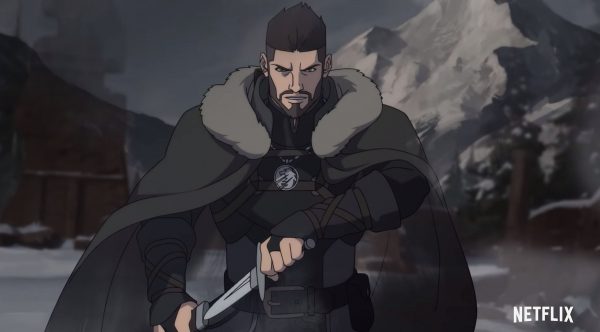 A first look at the Netflix animated film, The Witcher: Nightmare of the Wolf, was provided yesterday during WitcherCon.

Along with the first look at The Witcher: Nightmare of the Wolf a premiere date of August 23 was provided.

The prequel to The Witcher Netflix series was developed by the team who brought us the live-action series.

Back in March last year, the film’s producers said they went the animated route because there are certain aspects they wanted to include that could only be accomplished through animation.

According to what scriptwriter Beau DeMayo said at the time, the story could not have been told in live-action“in any way, shape or form” without imposing an “incredible burden” on production.

The film follows the story of Vesemir, which will be a nice primer for folks unfamiliar with Geralt’s Witcher mentor ahead of The Witcher Season Two.

The post The Witcher: Nightmare of the Wolf teaser is our first look at the upcoming animated film appeared first on VG247.