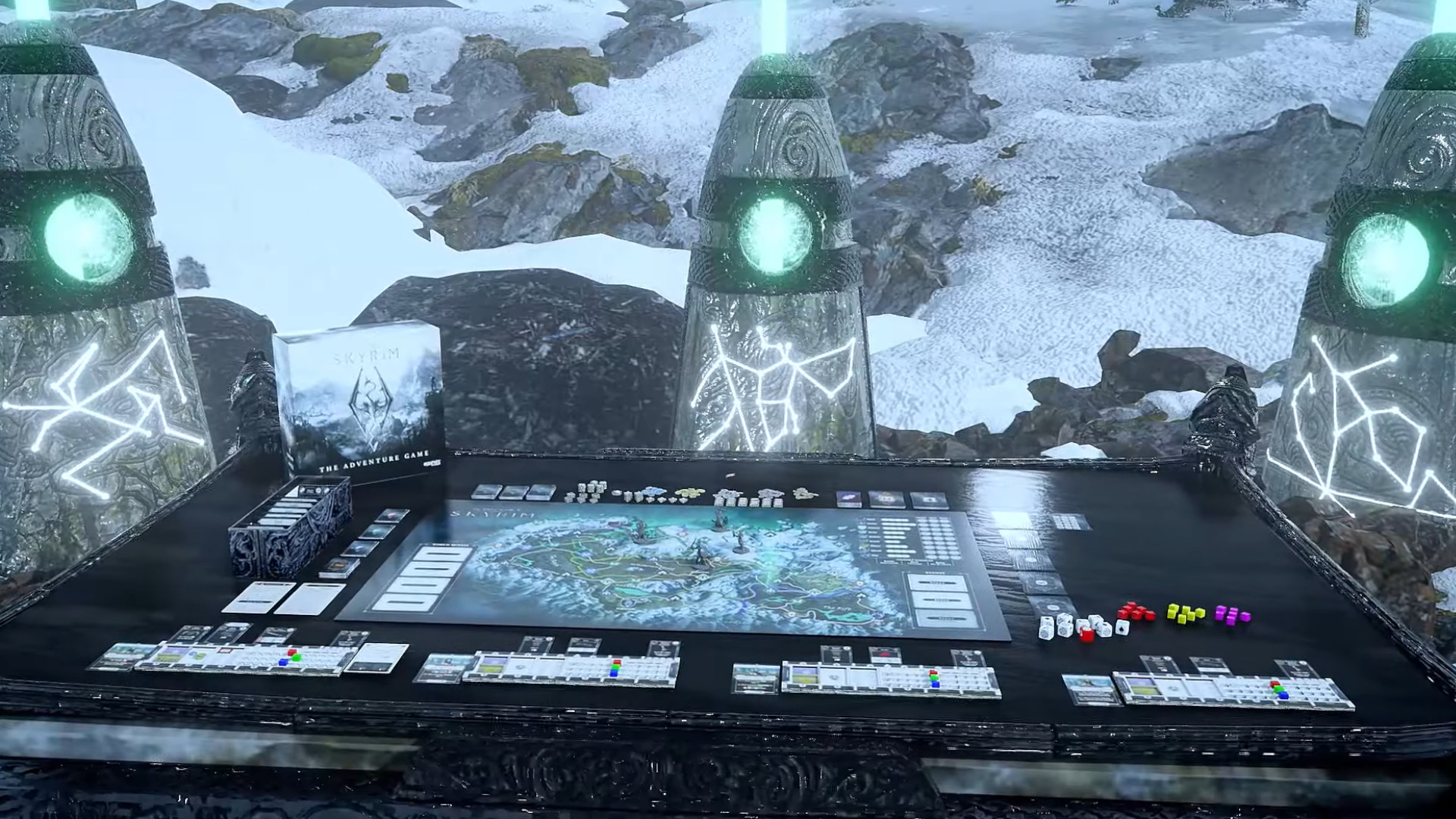 Yes, friends – ten years later and it’s time to pick up a new version of Skyrim. Well, besides the Anniversary Edition, I mean. Bethesda’s most ubiquitous RPG is coming to tabletop with The Elder Scrolls V: Skyrim – The Adventure Game, which has just launched for crowdfunding and has already met its initial funding goals.

Skyrim – The Adventure Game is £82 (around $112 USD) during the crowdfunding period, but that price will go up to £100 (around $136 USD) after the proper launch. Two additional expansion sets – Dawnguard and From the Ashes – bulk up the content with more stories to play through and more pieces to play with. The first round of copies launch in August 2022.

But what is the game, anyway? It’s a cooperative board game for one to four players, where you create a character, draw event cards to see how the story unfolds, and play through a narrative as you gather new gear and level up. Previews of the rulebook and scenario book are available from publisher Modiphius if you want a closer look at what to expect.