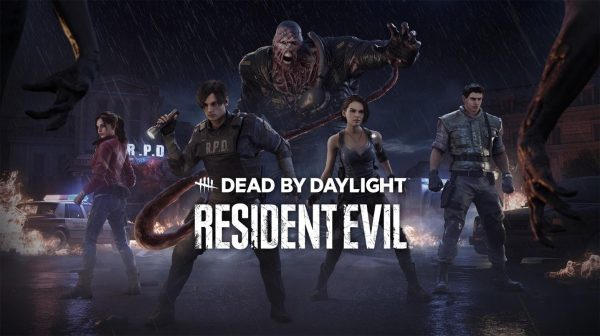 Behaviour Interactive has released the Resident Evil Chapter for Dead by Daylight.

Dead by Daylight players can now enjoy the Resident Evil chapter which features the release of the Chris Redfield and Claire Redfield Legendary Sets available through the Resident Evil Collection in the in-game store for Leon S. Kennedy and Jill Valentine, respectively.

The chapter features Nemesis as the Killer, known in-game as The Tyrant. With his tentacle, he infects the Survivors, making them weaker. Nemesis is accompanied by zombies, the first AI-controlled characters.

Survivors Leon S. Kennedy and Jill Valentine each come with three perks to defend themselves from their enemies. They can also rely on vaccines located throughout the Raccoon City police station to relieve infections and continue on their mission to fix generators, open the gates, and save their lives.

Both outfits are available for 1,080 Auric Cells in the in-game store, while the Chris Redfield and Claire Redfield Legendary Sets can be purchased for 1,485 Auric Cells.

Purchasing the chapter will net you a free exclusive in-game charm: the Umbrella Corporation.

The post The Resident Evil Chapter now available for Dead by Daylight appeared first on VG247.