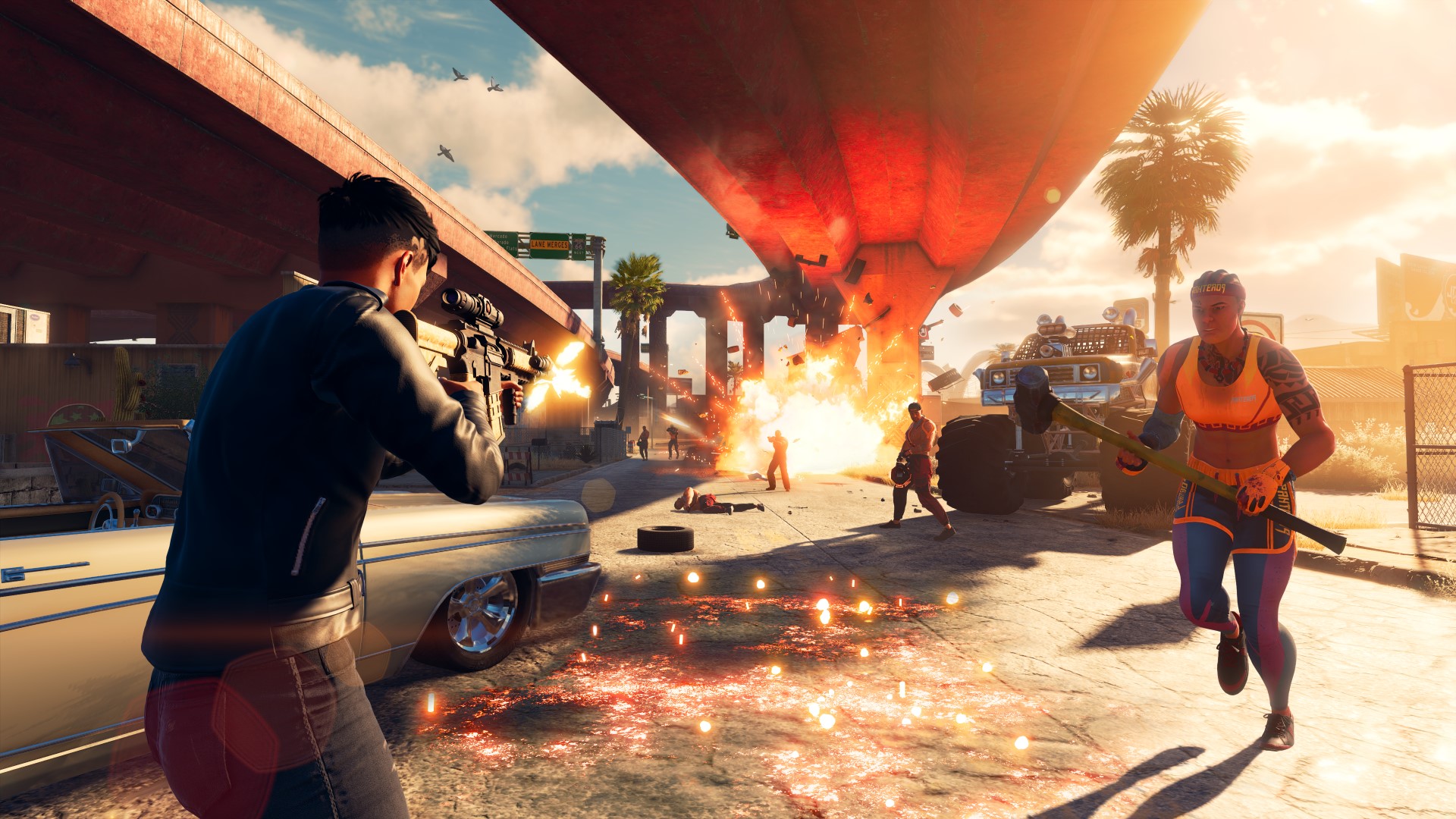 When we last saw the Third Street Saints, they were (probably) making plans to take over the galaxy and/or finding a way out of Hell. Suffice it to say, things in the Saints Row series of open-world games had gotten weird and grandiose enough that the next entry has been confirmed to be a full reboot. Saints Row, which is set for a February 25 release date, is about a whole new cast of characters, and set in a brand-new city in the American southwest.

Developer Volition debuted the new Saints Row in a trailer that was part of the Gamescom Opening Night presentation, and in it we meet the young people who will become the new Saints. Along with Neenah, Kevin, and Eli, players will take on the role of the new Boss and set to work taking over the city of Santo Ileso. It’s a brightly coloured southwestern city filled with influences that range from Latin American culture to the UFO conspiracy theories that have centred on the region.

While the characters and setting are all new, Volition says there’s plenty in the next Saints Row that will be familiar to fans of the series. As you build your criminal empire, you’ll be able to engage in entertaining side rackets like insurance fraud, for example, in which you throw your own body into the paths of moving vehicles.