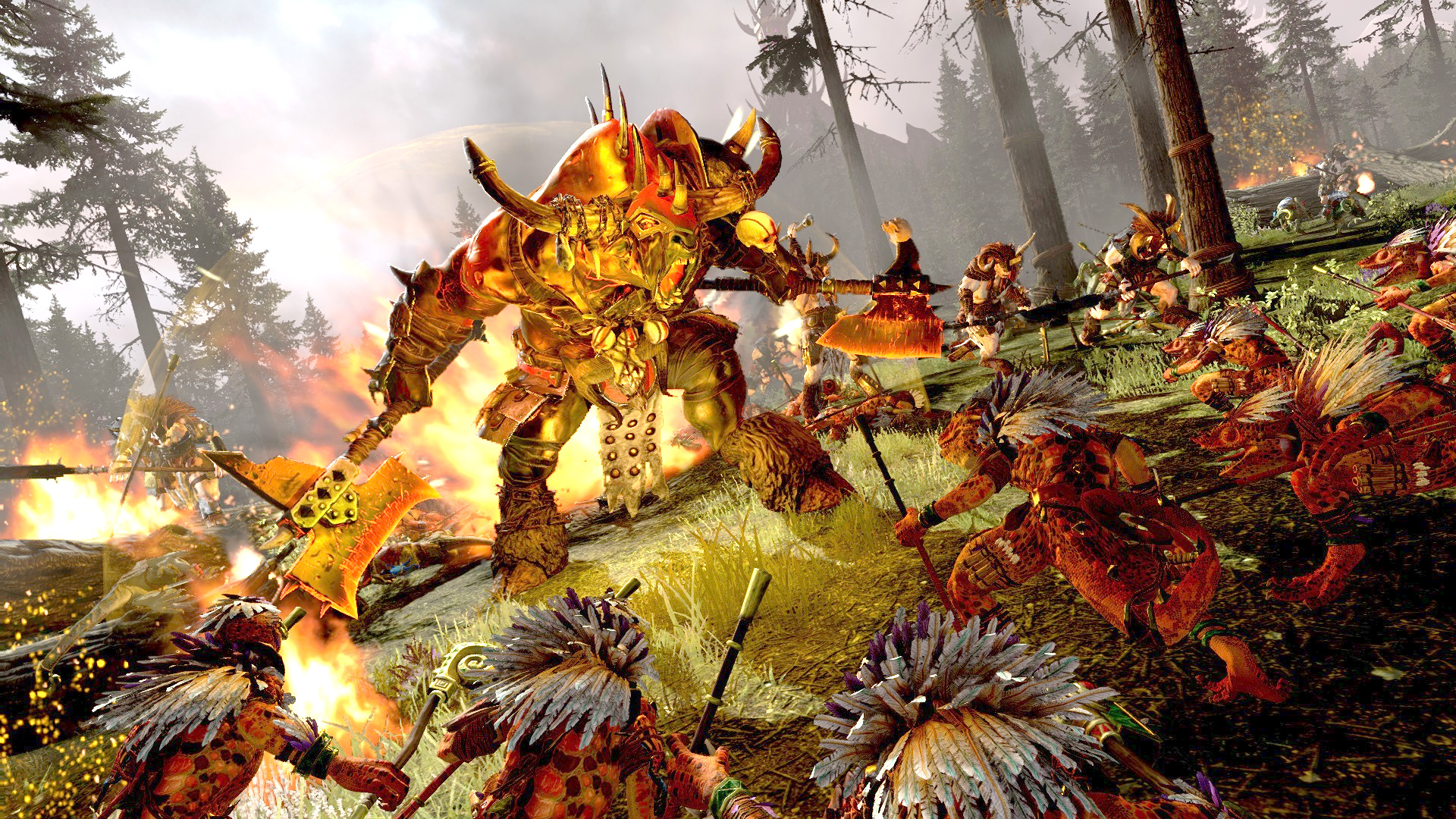 We’ve known ever since Warhammer 3 was announced that there would be one final DLC pack for Total War: Warhammer II. What would be coming in that pack has been the subject of much speculation. Plenty of fans want the Beastmen to finally have their due, if only for the rest of the Warhammer fan base to stop dunking on them.

Well, it seems that Sigmar has been listening, because everyone’s favourite Warhammer race is finally getting some needed TLC in the newly announced Warhammer 2 DLC – The Silence and The Fury. This final pack will feature the Beastmen, led by Taurox the Brass Bull, and the Lizardmen under Oxyotl the Unseen… and that’s about it.

What has been announced today is only a teaser, with more information due “at a later date”. It was announced as part of Games Workshop’s annual ‘Skulls’ event, a celebration of all things Warhammer that usually sees digital partners like Creative Assembly – and other license holders such as Slitherine – do something nice for their Warhammer fans. But, hey – at least the Beastmen will stop being the leastmen, finally.