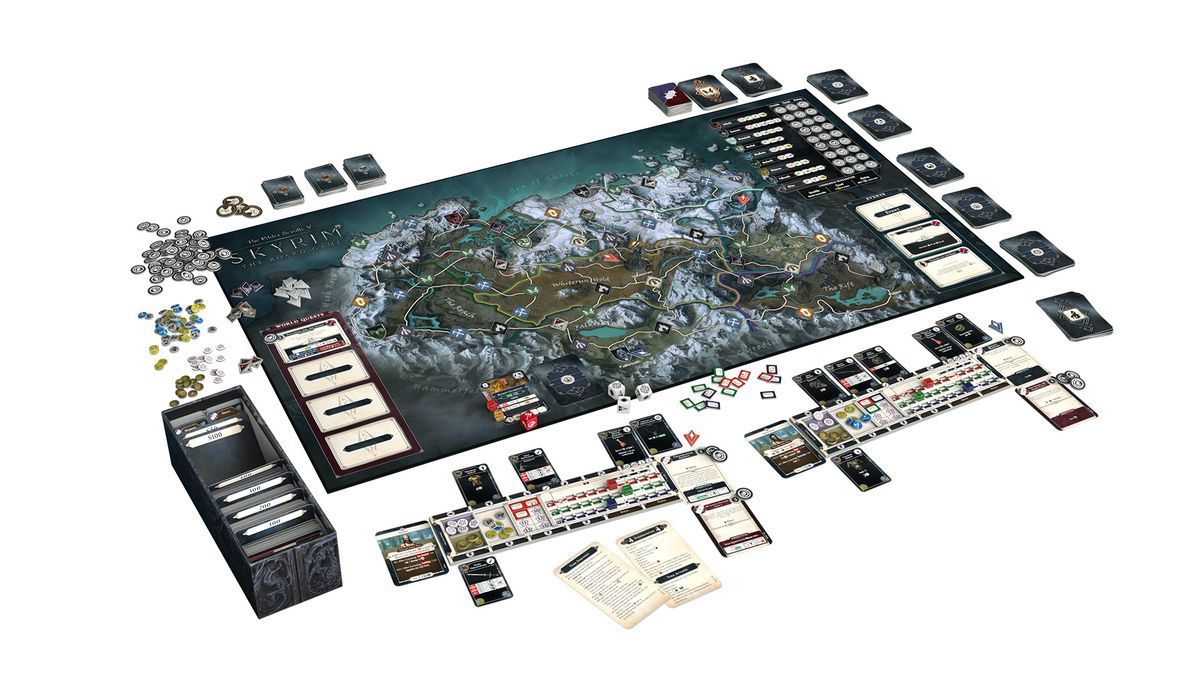 Tabletop publisher Modiphius Entertainment announced that their latest project is The Elder Scrolls 5: Skyrim – The Adventure Game, a board game prequel to the endlessly ported favorite Skyrim for one to four players.

Set before the events of the Dragonborn coming to Skyrim, The Adventure Game casts players as one of four surviving Blades, protectors of the Empire, as they work together to stop a plot that threatens all of Skyrim. Players can choose from six different in-game races and equip a wide variety of weapons and armor.

The game comes with two complete campaigns that, played through once, offer over twelve hours of gameplay and can be easily replayed to up that estimate dramatically. You can even easily save your game in the middle of a campaign to play later.