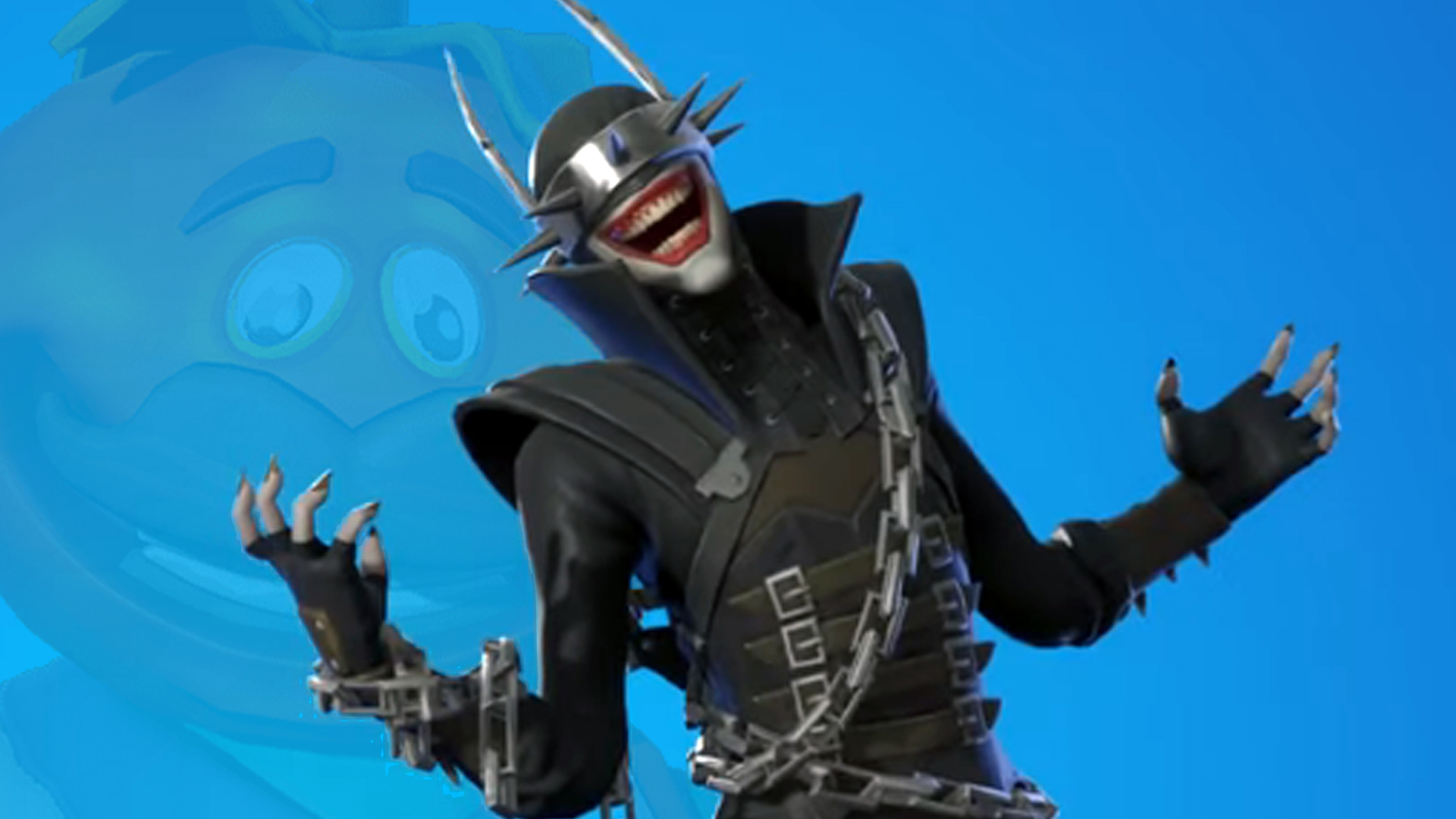 The next Batman and Fortnite crossover comic is due out this week but a number of people have received advance copies and have posted a few moments online – including the shocking moment where the sinister Batman Who Laughs splatters poor Tomatohead.

As revealed earlier this month, the next Batman x Fortnite crossover happens this week and includes the arrival of a DC Comics new skin in the game, the disturbing The Batman Who Laughs – a Batman from an alternate universe where he was corrupted by Joker toxin, similar to a plotline from Batman: Arkham Knight.

The skin is available for free with the one-off Batman/Fortnite: Foundation comic as part of the new crossover – much like the Harley Quinn Rebirth skin from the previous comic event. The comic prominently features The Batman Who Laughs as the main villain, which makes sense as he was teased at the end of the last comic. Going by the panels that have leaked online, at some point this dark Batman finds his way to the Fortnite island.