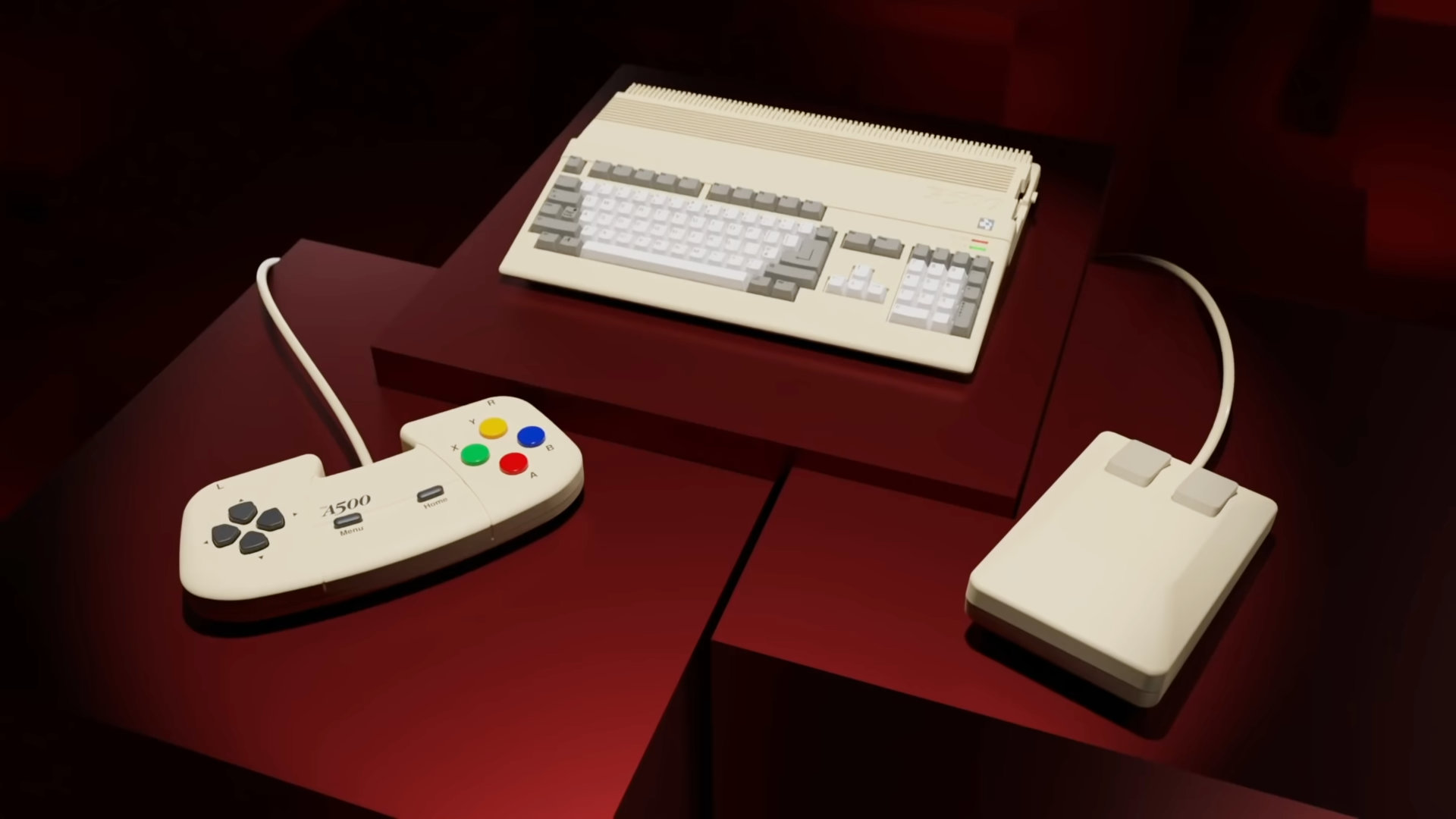 We prefer our classic consoles to pack a high-powered gaming PC under the hood, but the mini console revival continues with a particularly compelling addition: the A500 Mini. This revision of 1987’s Commodore Amiga 500 is scheduled to release early 2022, with pre-orders set at $139.99 / £119.99.

The 16-bit computer is reimagined by Retro Games Ltd, and much like the C64 Mini it released three years prior, you’ll be able to plug in your own gaming keyboard to compensate for the A500’s tiny keys. It’ll also ship with an Amiga CD32-inspired gamepad so you can sit back and relax.

The A500 became Commodore’s best-selling Amiga computer thanks to its advanced hardware at the time, but Retro Games Ltd is making some changes under the hood for the Mini. It still has the nostalgic appearance of the A500, but will instead pack hardware from future generations, such as the enhanced ECS chip set of 1991’s A500 Plus and the Advanced Graphics Architecture (AGA) from 1992’s A1200.