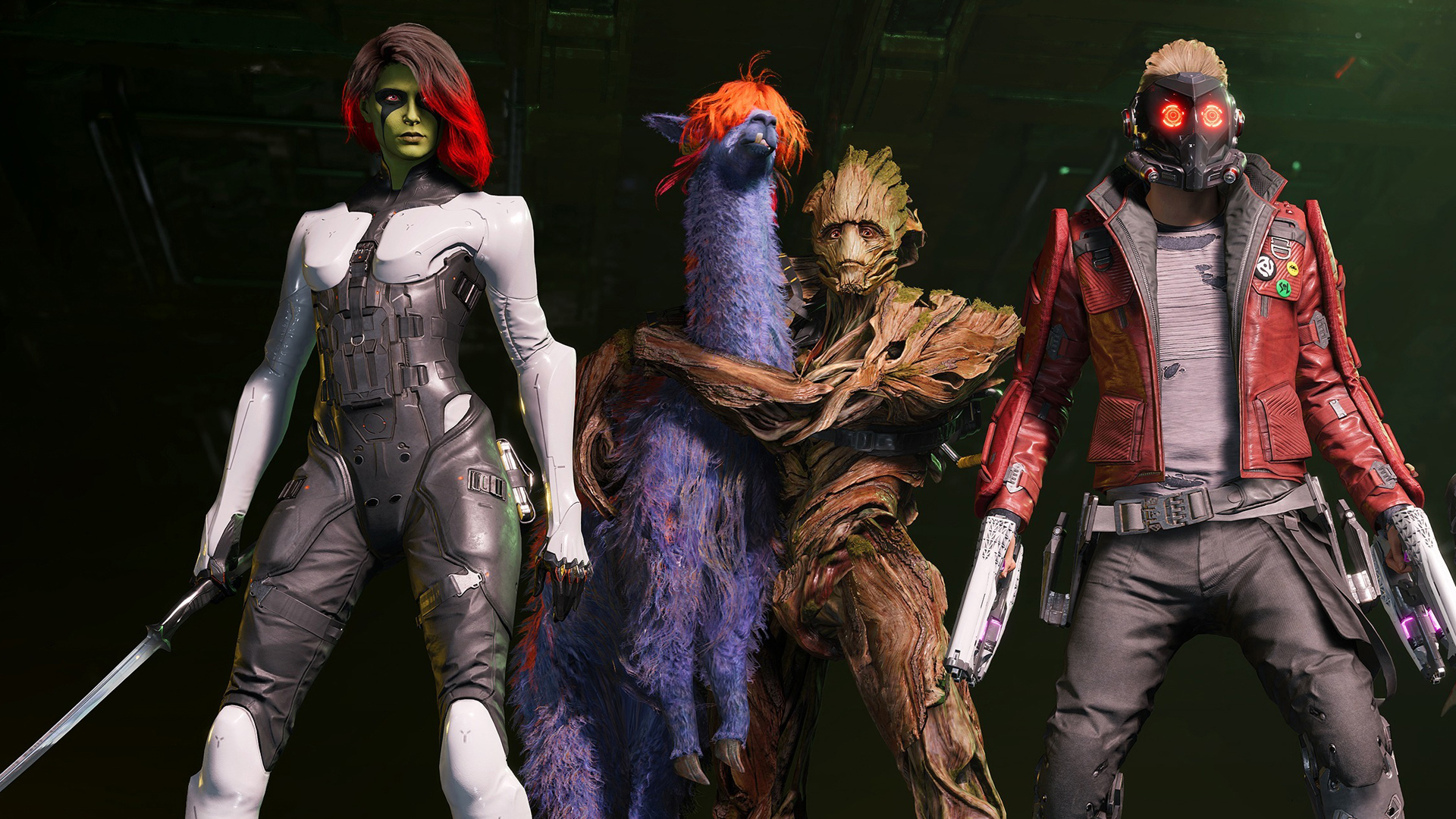 Marvel’s Guardians of the Galaxy game was revealed at E3 earlier this week, and fans were immediately intrigued by the weird purple space llama that crops up a few times in the trailer. The game’s official Twitter account has revealed the llama’s name, and it’s one that fans think has a familiar connection to the comics.

The weird and definitely Fortnite-esque purple llama pops up most notably in the final group shot of the trailer, where Groot is holding it for some inexplicable reason. It may even live on the Guardians’ ship during the game. It certainly has the attention of fans, including Guardians of the Galaxy movie director James Gunn, who tweeted his support for the beast.

A fan asked the official Twitter account for the Guardians game what the llama’s name was and was replied to with the confirmation that the creature’s name was Kammy. This was all very cute, except that fans immediately pointed out that there is a major Guardians of the Galaxy character called Cammi – to who this may be a reference.