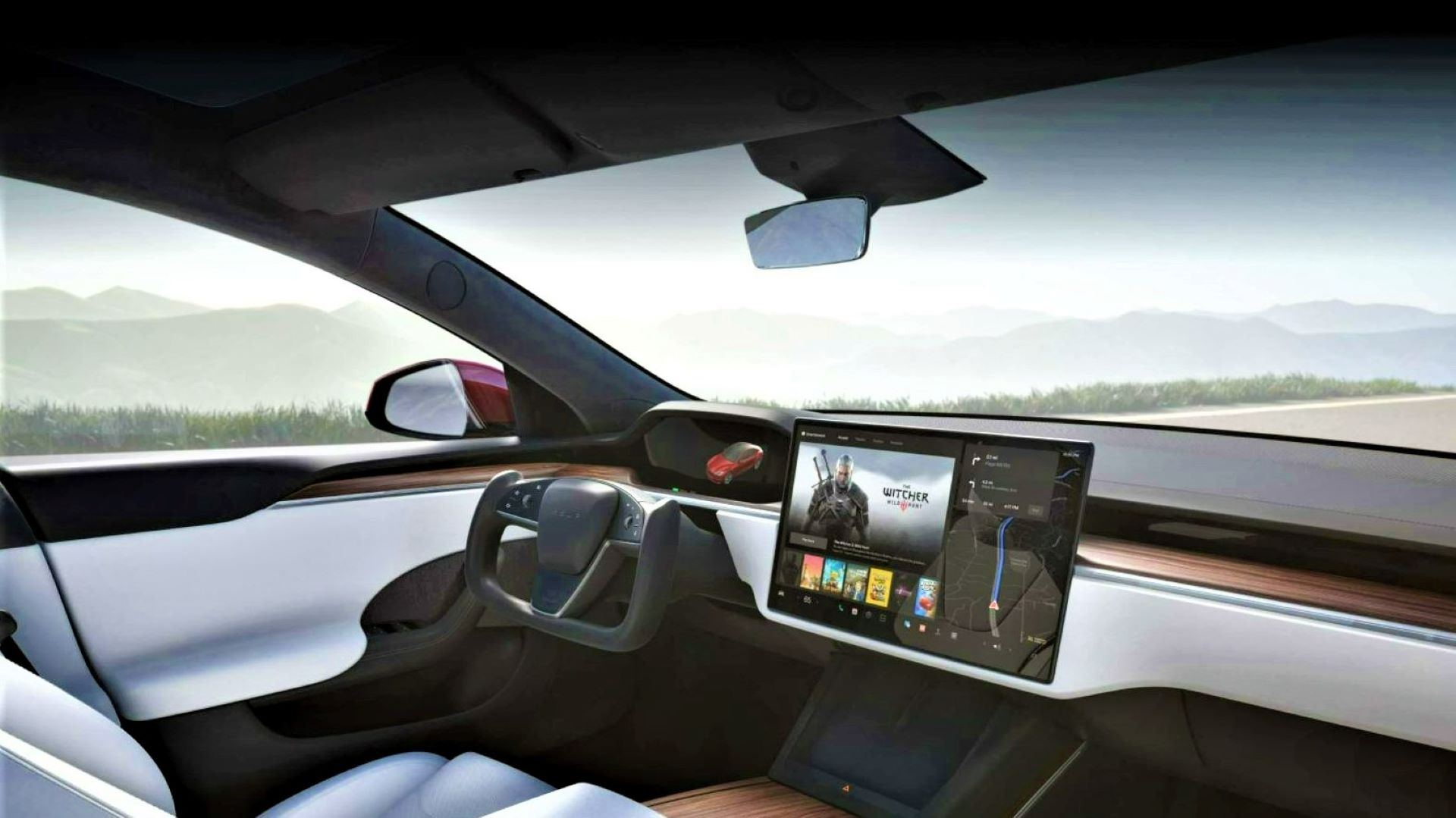 Back in June, we learned that upcoming Tesla’s Model S was set to feature gaming PC innards that could run games at “PS5-level performance”. Thanks to a new teardown video, we now know that the supercar will come with a custom Zen 1+ AMD Ryzen CPU and discrete Navi 23 graphics under the hood.

According to the YouTube channel Ingineerix, the vehicle’s AMD Zen 1+ processor is a quad-core 45W APU with 500kb of L2 cache and 4MB of L3 Cache. The chip’s model number, YE180FC3T4MFG, also suggests that it’s embedded, with the “FG” characters at the end implying it’s an updated version of the Zen 1 microarchitecture.

On the GPU side of things, the tech-drenched Tesla is armed with both a discrete and dedicated graphics card based on AMD’s Navi 23. Complete with 28 compute units, the Californian company also claims the car’s graphics solution offers performance on par with current-gen consoles, but we’ve yet to see any official clock speeds to back this up.