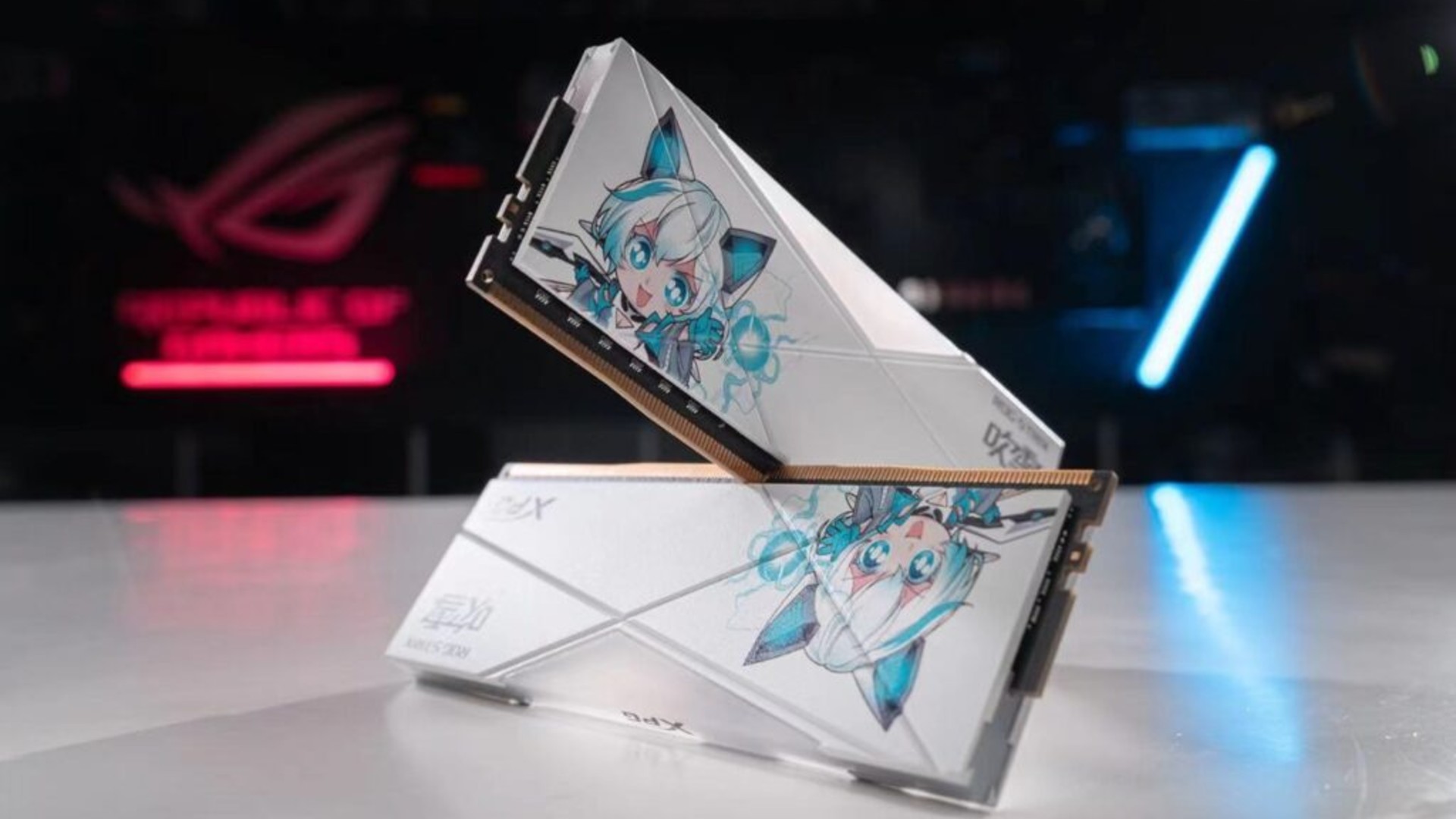 When Intel’s DDR5-compatible Alder Lake processors arrive later this year, it doesn’t mean that the fifth generation of system memory will become widespread straight away – the latest report claims DDR5 sales won’t outpace DDR4 until 2023. For now, DDR5 will come in droves, with Teamgroup launching next generation RAM while Asus slaps some anime designs on its DDR4 sticks.

Teamgroup’s new modules are on the lower end of what DDR5 is capable of, running at the standard’s base 4,800MHz frequency rather than the upper 8,400MHz clock speed limit. That’s still a fair bit higher than DDR4’s 2,133MHz base clock, and it’ll be available as a set of two 16GB DIMM sticks.

These heatsink-free modules aren’t exactly eye candy though, in stark contrast to the new collaboration between Asus ROG and XPG. These white DDR4 sticks pack RGB lighting that you can sync with other ROG peripherals, along with the brand’s own anime mascot plastered over the side. This runs at a lower 3,600MHz, although you can go up to 16GB per DIMM stick.