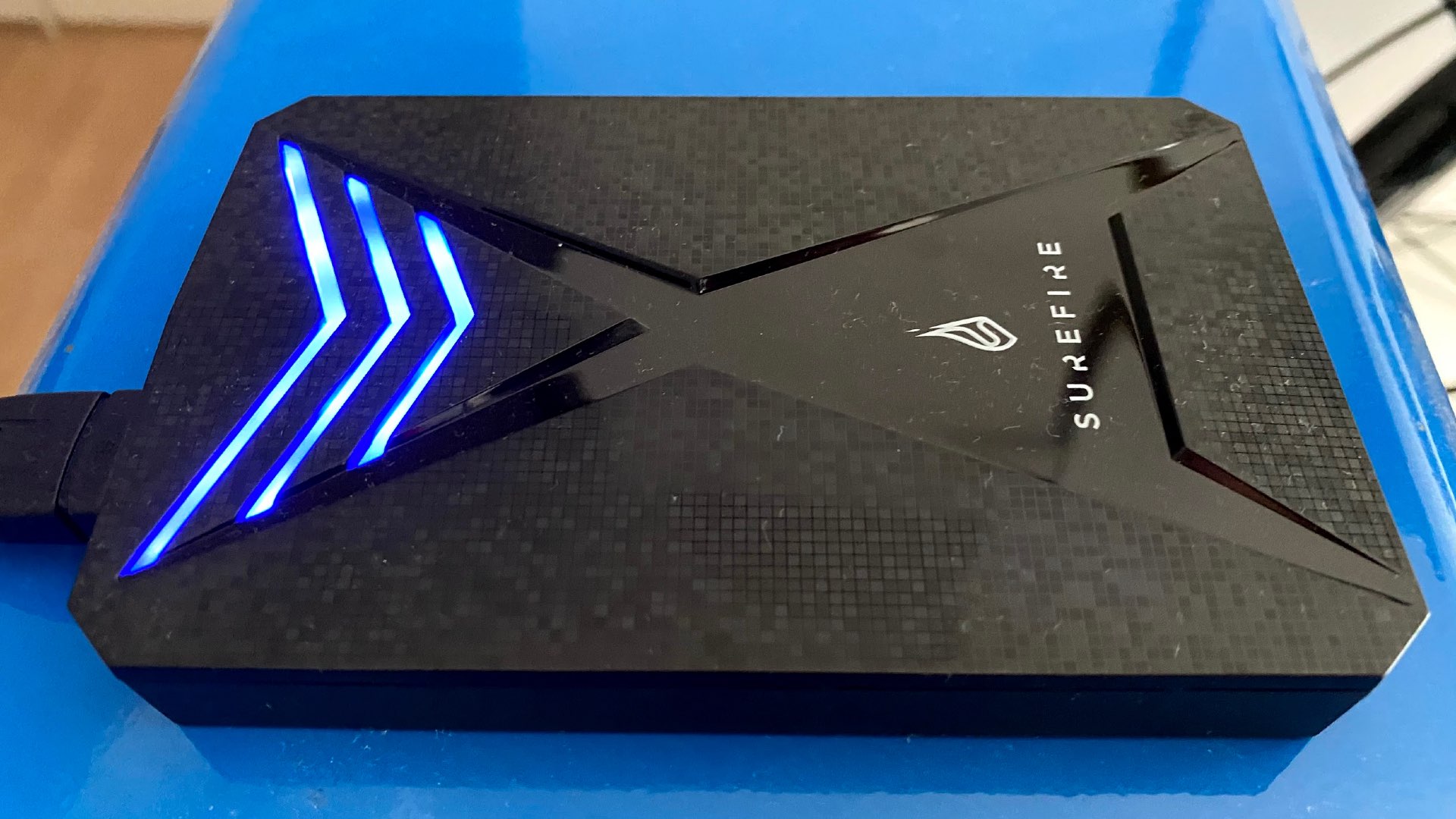 Surefire might not be a name you’re familiar with, but you’re in good hands as the brand is Verbatim’s gaming subsidiary that’s trying to inject some style into an otherwise bland-looking external SSD market. The Surefire GX3 isn’t quite as flashy as Adata’s SE900G, but stands out with its RGB lighting and digital camouflage. It’s not the fastest external SSD around being SATA-based rather than NVMe, but it’s still priced pretty near to similarly-performing models.

With an increasing number of developers now recommending gaming SSDs for the best in-game performance, they’re becoming less of an optional upgrade and more of a necessity. However, if you don’t want to tinker with the inside of your gaming PC or you can’t replace your laptop’s internal storage, external SSDs are a solid alternative.