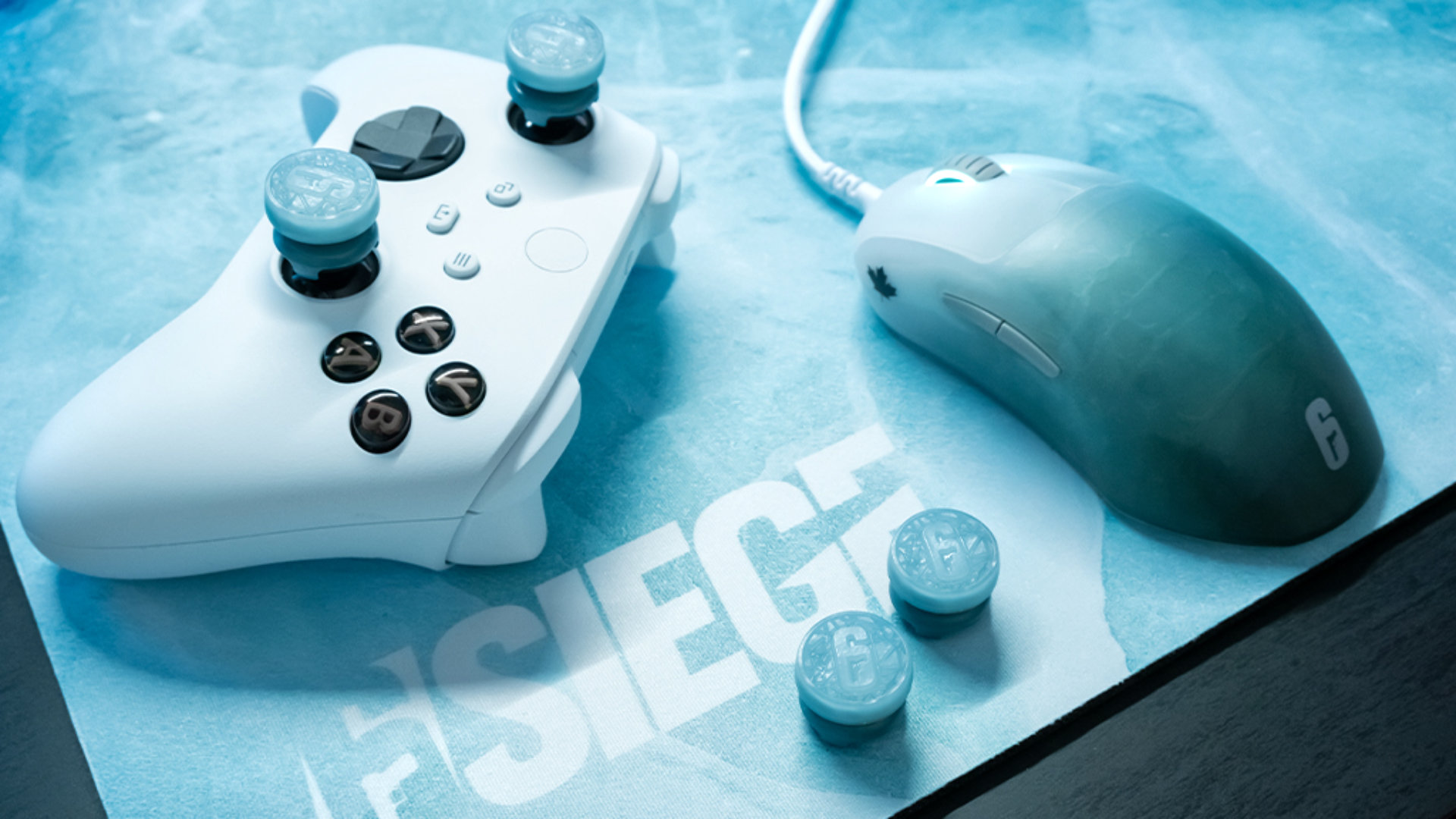 Few of Rainbow Six Siege’s seasonal weapon skins have had the same impact as Black Ice, which has since become one of the most coveted alpha packs in the game. Nearly five and a half years after it was released, SteelSeries has teamed up with Ubisoft to bring us frosty peripherals inspired by the iconic design, including a gaming mouse, a mouse pad, and controller thumbsticks made by KontrolFreek.

The Prime: Black Ice Edition gives SteelSeries’ flagship gaming mouse a coat of new paint, including the Rainbow Six logo at the bottom and the Canadian maple leaf on the side. It sports the same TrueMovePro sensor under the hood that aims to give you the competitive edge and shaves its weight down to a slim 69g – hold the memes.

It’s best paired with the QcK Heavy XXL: Black Ice Edition mouse pad, which features the bow of the yacht featured in the map of the same name. Like its all-black predecessor, the ‘heavy’ part of the name refers to the extra thick, non-slip rubber base. The ‘XXL’ portion describes the length, which is 900mm long and 400mm deep, letting you fit both your mouse and keyboard on.