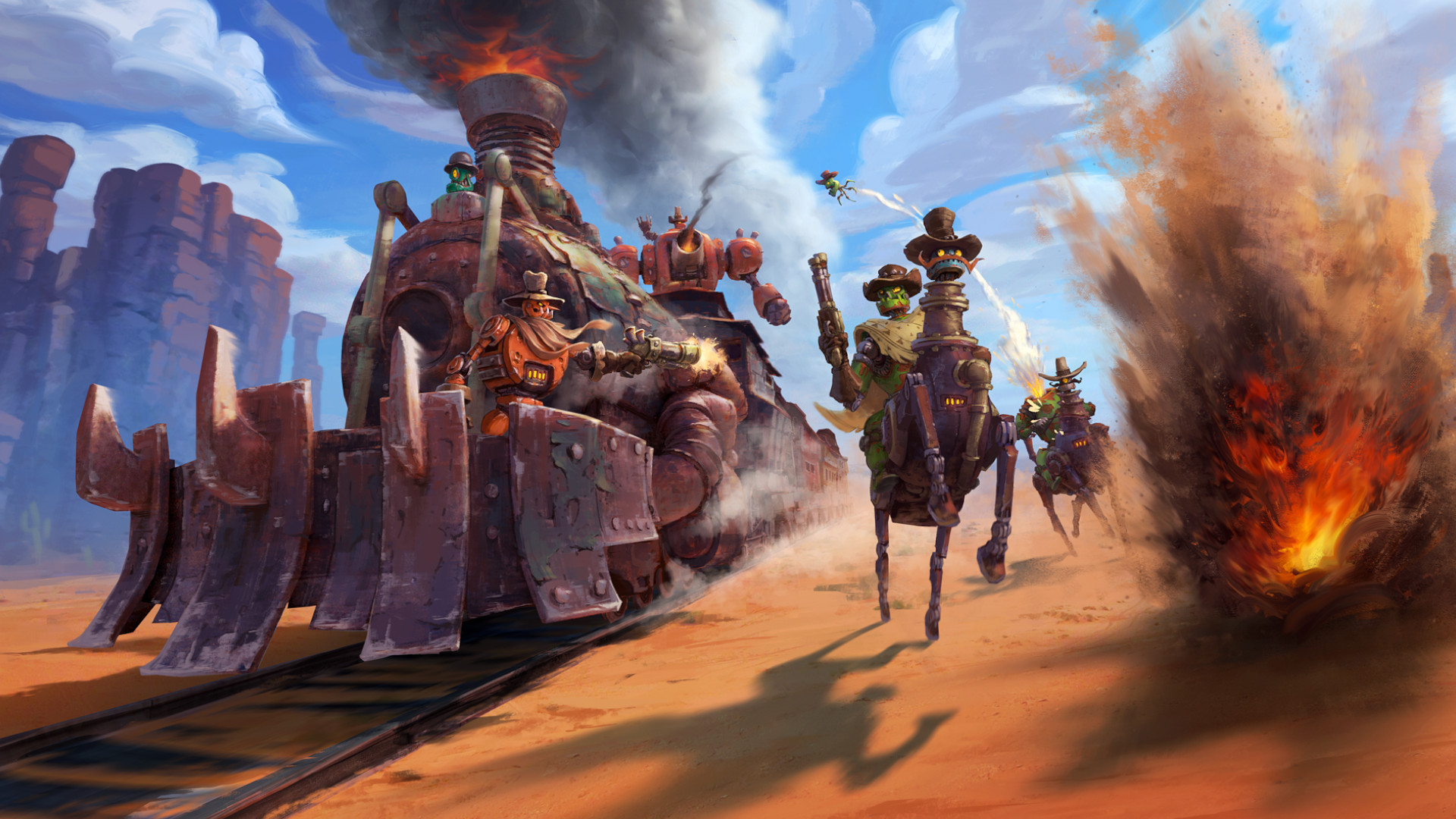 The SteamWorld series has been one of the coolest sets of indie games out there, though with the growth of its publisher the ‘indie’ label might be fraying a bit. But that growth just means that SteamWorld is getting bigger, and today Thunderful Games has announced that it’s going full 3D with SteamWorld Headhunter. And, if you need a refresher on the tone and setting, the best game in the series is free-to-keep for a limited time.

SteamWorld Headhunter is a third-person 3D action game with co-op and “a head-popping twist”. The announcement trailer is all CG and doesn’t reveal much, but we see a pair of robotic gunslingers have a showdown, and the head of one of the fighters detaches for a sneak attack – given the title, that’s certainly a hint at a central game mechanic.

For now, you can head over to Steam or GOG to pick up SteamWorld Dig 2 for free. If you haven’t played it, it’s one of the finest Metroidvanias out there – a fantastic blend of exploration and combat that even manages to sneak a little Minecraft into the formula. The giveaway is only available for one day, but if you claim the game it’ll remain in your library forever.