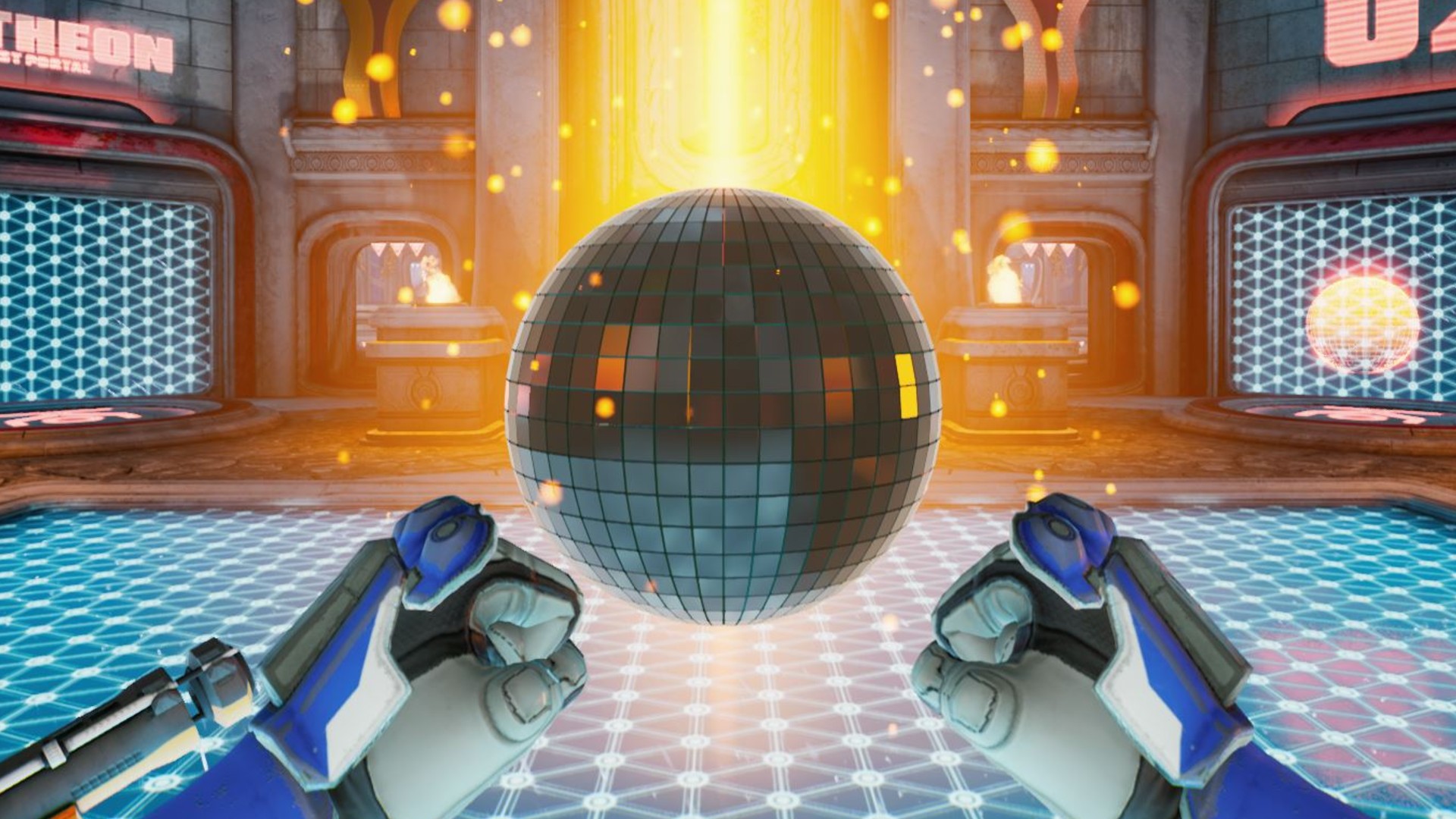 If you’re wondering how to complete the Splitgate Pantheon race, you’re not alone. The multiplayer game has really picked up in popularity recently. It turns out combining the movement tricks and lateral thinking of Portal with the fast-paced chaos of arena shooters like Quake and Unreal Tournament makes for a hit.

The game is so popular that the developers had to push back the 1.0 release so they could increase server capacity; thankfully, getting into Splitgate is now much faster than it used to be. Once you’re in, you’ll see daily challenges that reset every 24 hours; there are also Splitgate weekly challenges that unlock when you reach level ten – and these often involve completing races.

Splitgate races are single-player challenges that task you with collecting a series of shiny disco balls as quickly as possible. The disco balls always appear in the same order, so you can really optimise your runs by memorising their locations and planning routes that make the most of the portals at your disposal. Here’s how to access races in Splitgate.