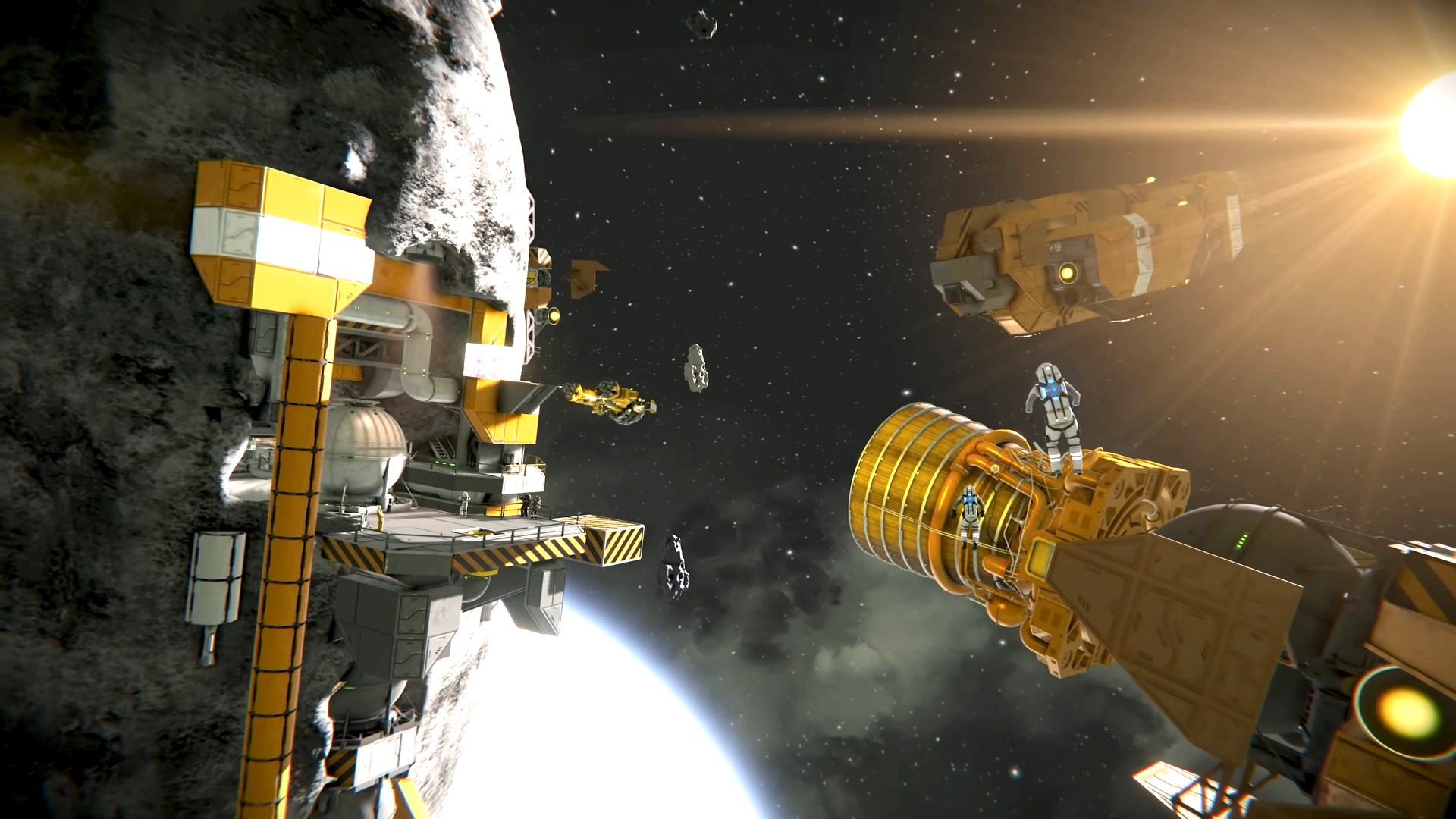 Space simulation game Space Engineers is getting a new lease of life as the developers overhaul essential gameplay mechanics. Back in April, the space game received improved infantry combat via the 1.198 update and the Field Engineers DLC pack. Now the 1.199 update and Heavy Industry add-on is here to give industry some TLC.

Like Field Engineers, Heavy Industry is a cosmetic-focused pack that simply offers variants of alternate styles and sizes for existing content. If you’re feeling like you want a cylindrical column, some old-school looking beam blocks, or a big red button, then for $3.99 / £2.89 you can treat yourself to some funky reskins to kit out your designs.

Looking at the free update, there’s a bunch of new content aimed at improving the industrial process, with 64 new armour blocks, a small grid merge block, new magnetic plates, and the default behaviours of parking brakes and power toggles have been changed. There’s also a new scenario, which gives you a ready-made base to explore either the planet below or the space around you, fully fitted with manufacturing facilities and featuring all of the new content featured in both the update and the expansion pack.