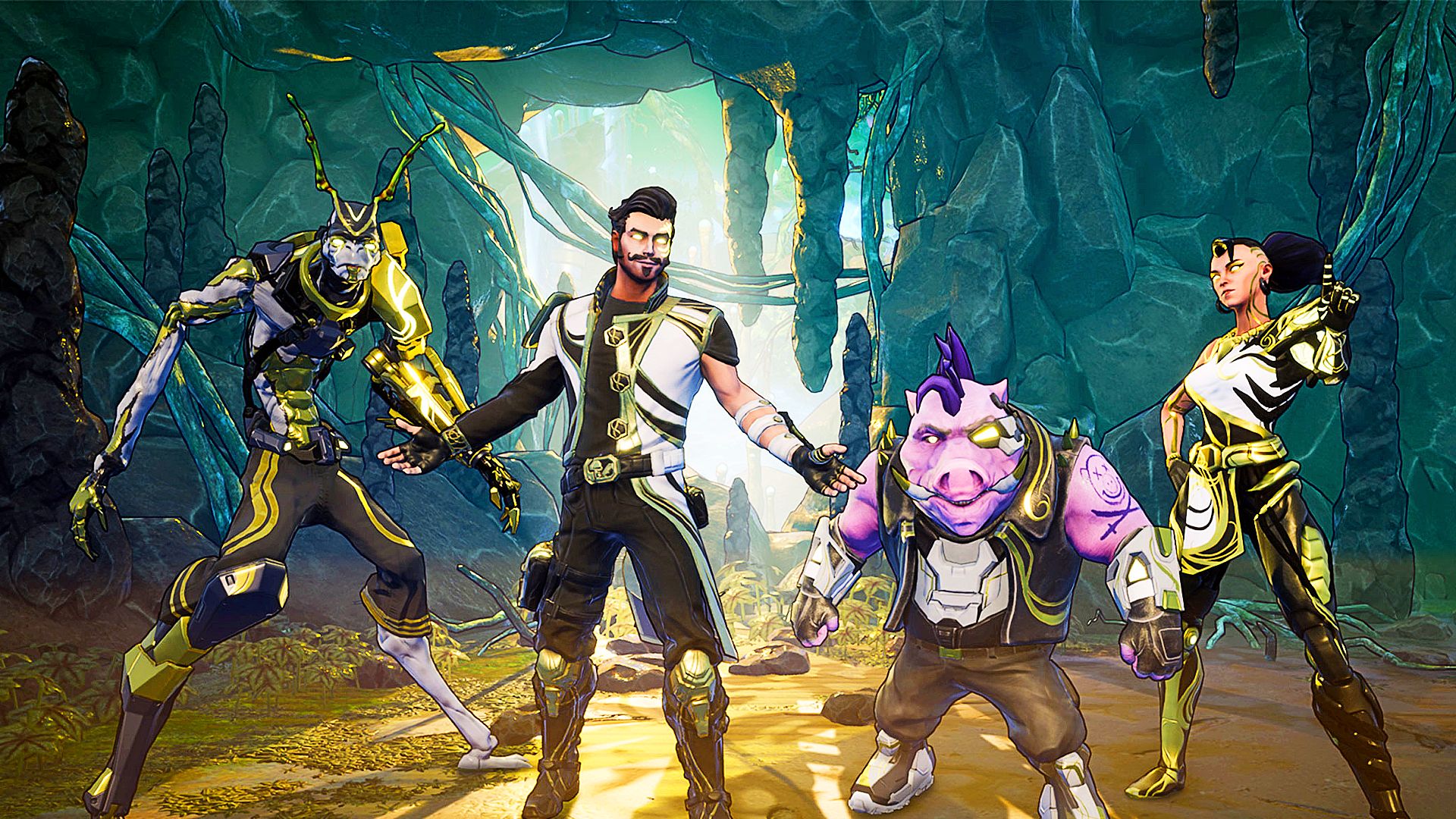 You’ll recognise the Borderlands-inspired art style right away when you look at Space Punks, even though it’s a top-down shooter that plays more like Helldivers. At launch, you’ll pick from four playable characters – there’s the dashing Duke, the enigmatic Eris, insect engineer Bob, and Finn, who is a pig (no, really, he’s a purple pigman who wants to save up to buy a farm out in some backwater planet somewhere).

Space Punks is free-to-play, and Flying Wild Hog is working alongside Runescape publisher Jagex to nail the details of a game that will grow and evolve over time. You’ll be able to scour the galaxy for new gear, weapons, and looks, but you’ll also be able to pick up battle passes that offer their own rewards.