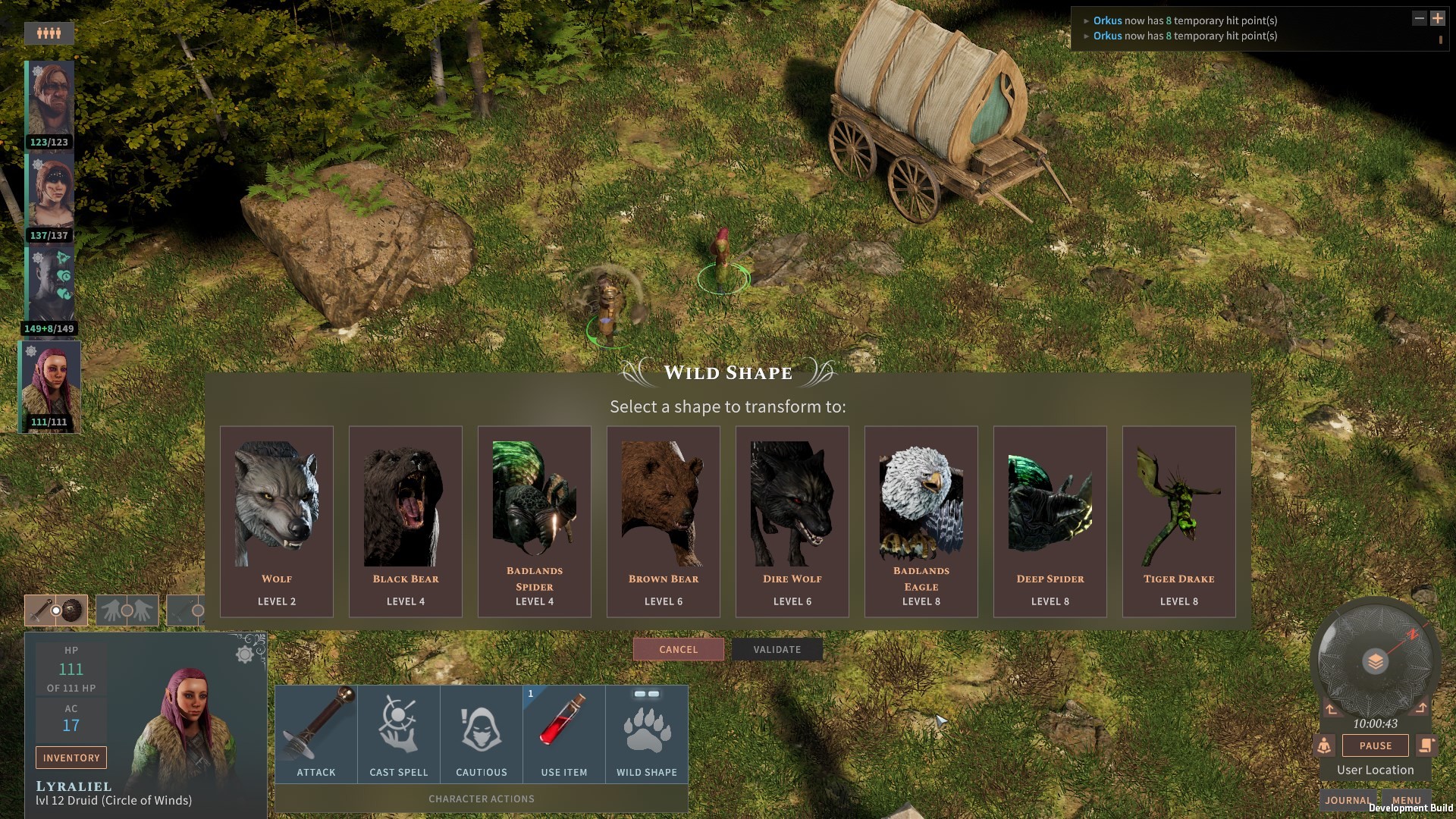 Solasta: Crown of the Magister has provided us with an extremely faithful reproduction of D&D‘s 5.1 SRD rules – if not the actual setting and branding of the ubiquitous tabletop franchise. Now Solasta’s first major DLC, Primal Calling, is here to fill in some of the gaps in the original game, alongside a free update adding further bonus content.

Primal Calling is priced at $9.99 / £7.99 / €9.99, and adds two new classes: the Barbarian and the Druid, both of which get a pair of bonus subclasses designed by the Solasta community. Path of Stone Barbarians get a big defensive bonus when facing multiple enemies, while those following the Path of the Magebane channel their hatred of spellcasters into spell resistance and a bonus war cry attack that triggers when taking magic damage.

Druids in the Circle of the Kindred Spirits can summon a spiritual animal that can share damage with you. The Circle of the Winds gives you movement bonuses, and lets you grant some defensive and offensive boons to the entire party.