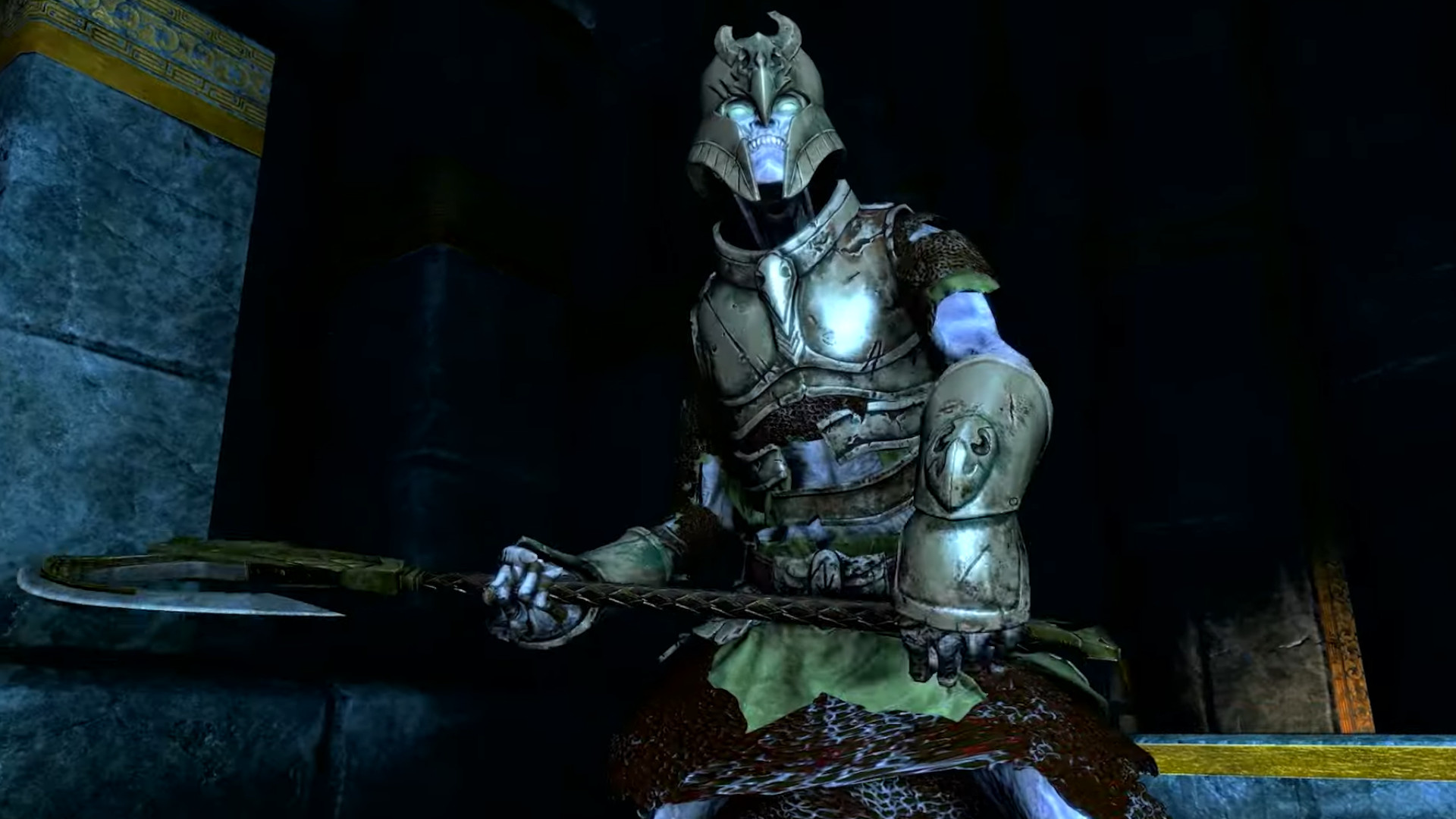 As previously announced, Skyrim: Anniversary Edition comes bundled with every single bit of content ever released via the controversial Creation Club. But there’s brand-new stuff, too, including a pair of major additions inspired by Morrowind and Oblivion featuring new gear and a whole new quest line.

The Ghosts of the Tribunal add-on adds over a dozen new bits of gear inspired by Morrowind. The Cause is a new quest line featuring the Mythic Dawn, which you may remember as the evil cult bent on opening the gates to Mehrunes Dagon’s realm in Oblivion – here they’re doing much the same. This quest line has “brand-new enemies, locations, and weapons”, and will let you summon a daedric horse to ride around in hellish style.

If you don’t want to upgrade to Anniversary Edition, both The Cause and  The Ghosts of the Tribunal will be available separately. An update in November will prevent all the Creation Club add-ons from initialising on startup, which means you’re no longer going to be inundated with quest pop-ups as soon as you start a new game, so you should be able to get into all this additional stuff a bit more organically.