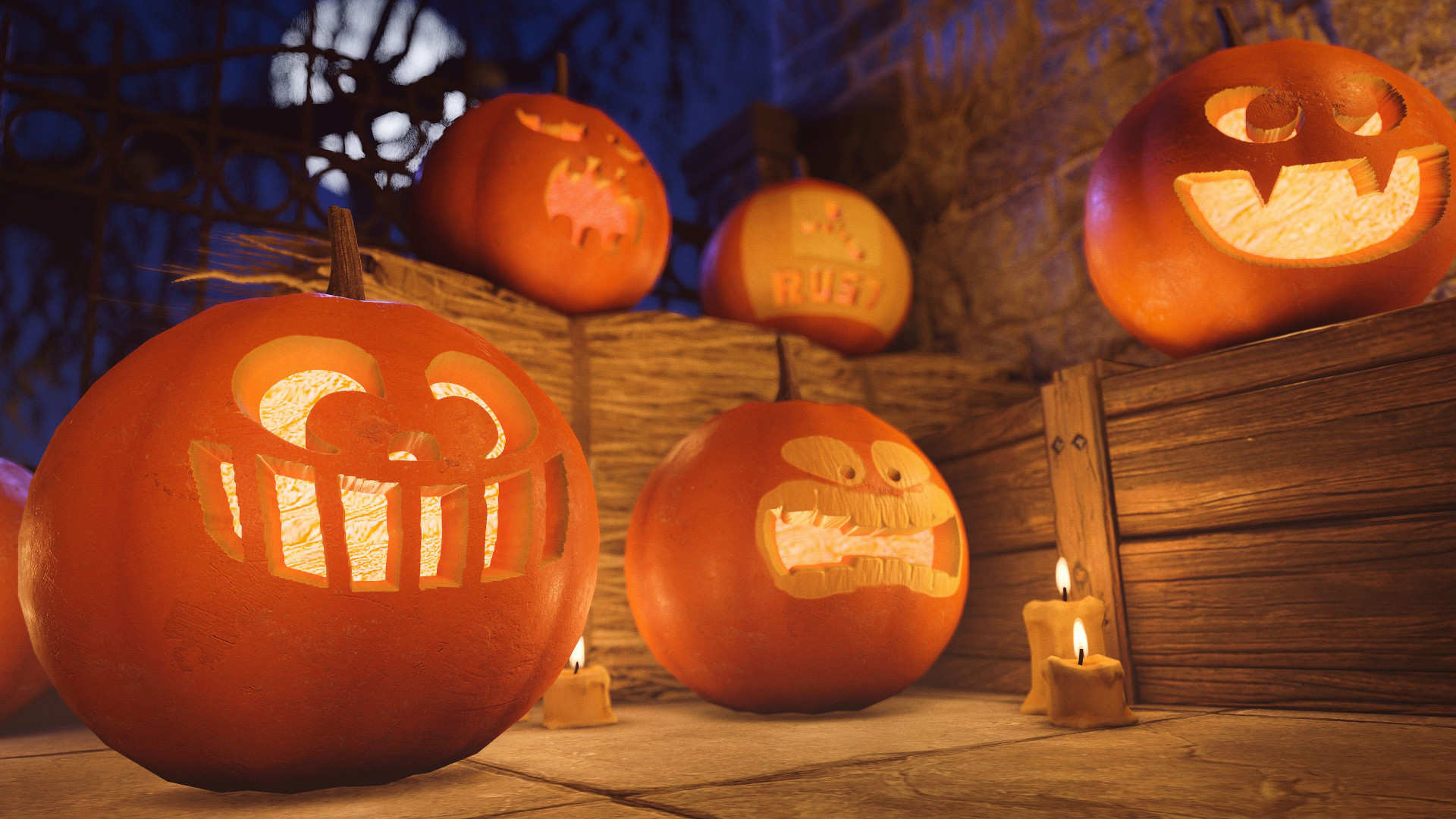 It’s almost Halloween, and plenty of games are getting into the spooky spirit. That includes Rust, which is getting a special Halloween update with loads of seasonal hijinks to get up to. You’ll be able to carve pumpkins and build Frankensteinian monstrosities, but maybe the most exciting bit is that you’ll be able to trick or treat for guns.

Once the Halloween update lands on October 28, a candy hunt event will run every two in-game days. You’ll have three minutes to collect all the candy you can, and the top three players will get loot bags. You can pop open both the candy and loot bags for “various types of loot ranging from scrap all the way up to an M249”, as the devs explain in a press release, or you can upgrade those candies for better loot as you go. You can grab a pumpkin bucket for instant candy pickup or a scarecrow wrap for candy vision, too.

Speaking of pumpkins, there are also carvable pumpkins here, which look like they provide much more robust carving options than the old jack-o-lantern items. The devs will be running a pumpkin carving contest offering £75 worth of skins and two Rust DLC keys to the winner – you’ll be able to get more details on that contest on the official site as of October 28.