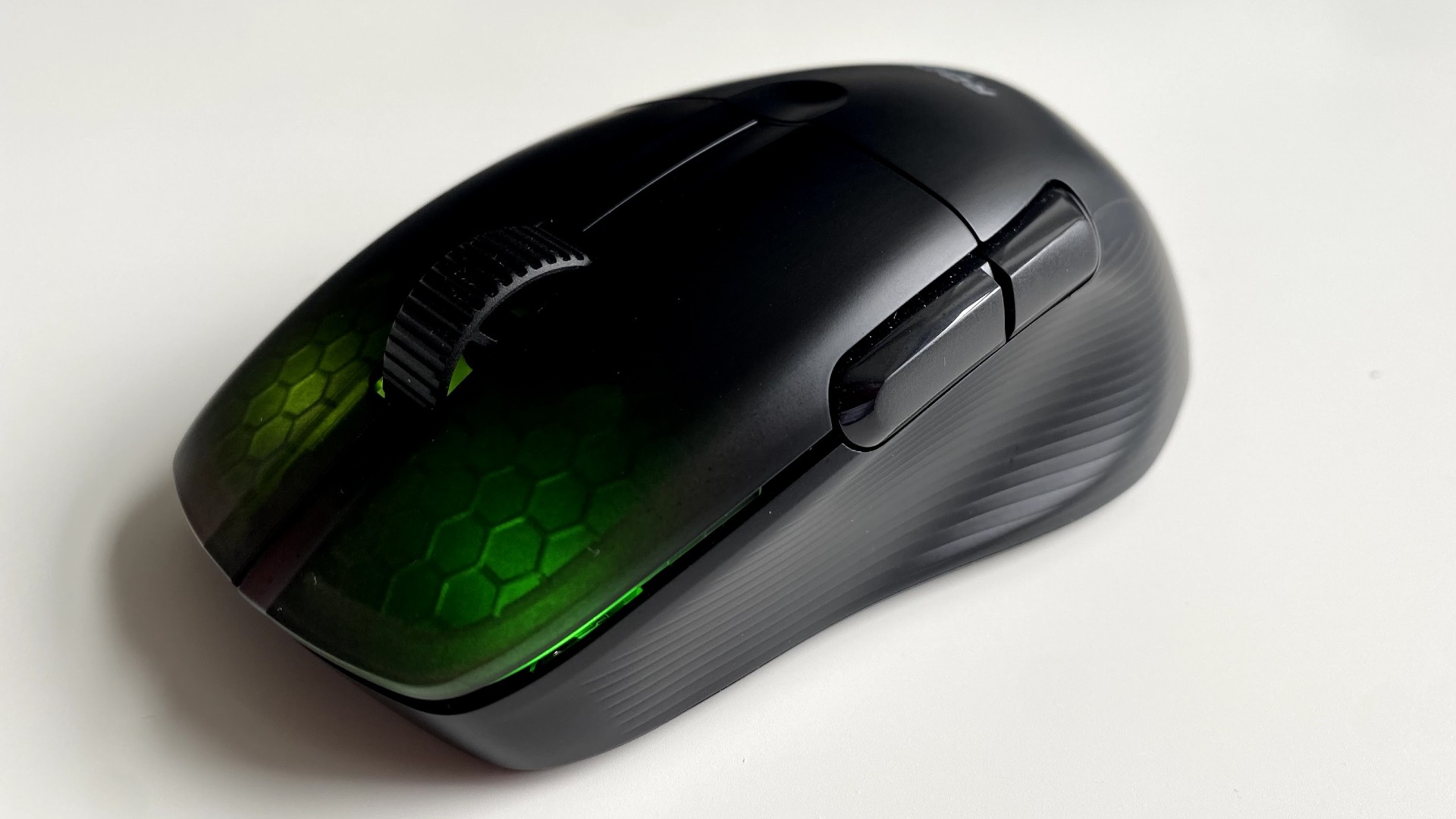 Ultralight gaming mice are becoming more popular with the edge they give in competitive FPS games, but options get a little thin when you also want to ditch the cord. Roccat’s wireless Kone Pro Air weighs in at just 75g, and while it’ll set you back a costly $129.99 / £119.99, it has the specs and quality to match its high price tag.

It’s not the lightest or cheapest wireless gaming mouse out there, with the SteelSeries Aerox 3 Wireless coming in at just 66g for $99.99 / £99.99. Much like the similarly priced Logitech G Pro Wireless, however, it is one of the only featherweight wireless gaming mice to seemingly forgo the honeycomb design, which isn’t to everyone’s taste.

Instead, Roccat hides the honeycomb layout underneath a layer of solid plastic, helping the Kone Pro Air undercut the G Pro Wireless by 5 grams. This makes the mouse much easier to clean and even gives it a more distinctive look than most, as RGB lighting shines through the left and right clickers.