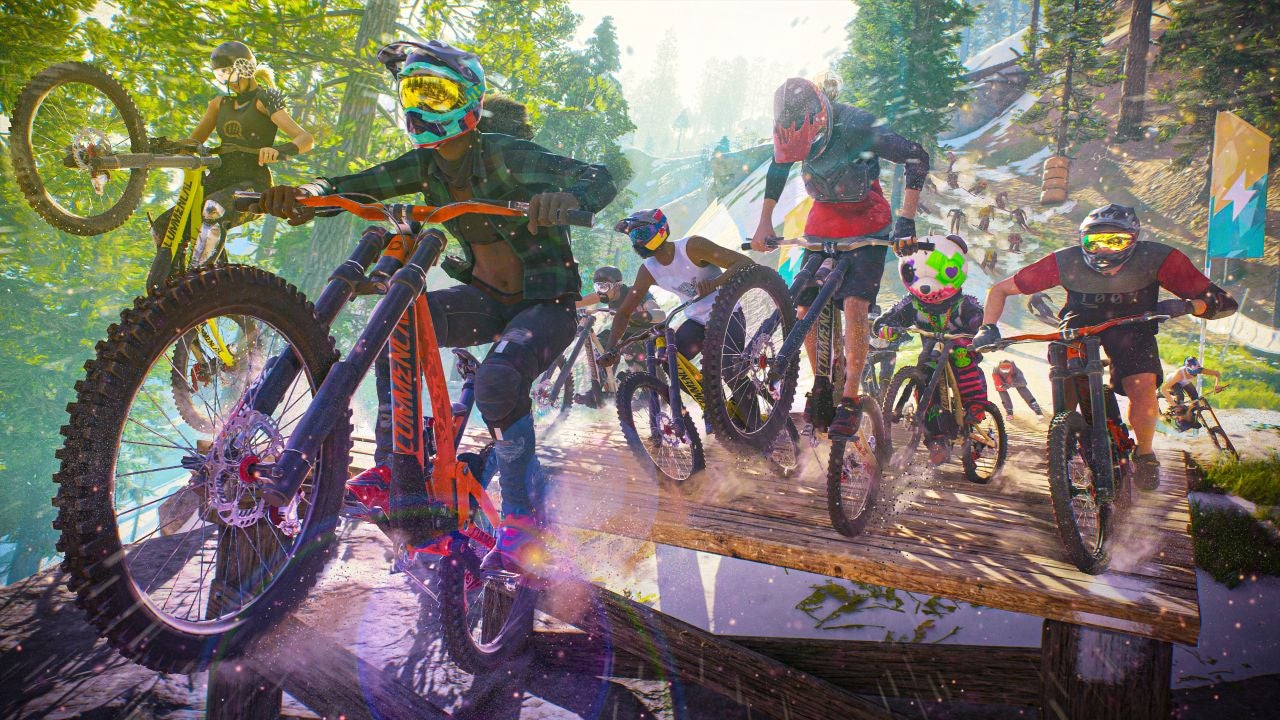 After a few days of closed testing, Ubisoft has now opened up the Riders Republic beta for everyone on all platforms. The news was announced at gamescom Opening Night Live.

The Riders Republic beta is available now on PC, PS4, PS5, Xbox One, and Xbox Series X/S. You have until this Saturday, August 28 to get involved. In even better news, the beta supports cross-play between the different platforms.

In the beta, you’ll be able to check out three of the game’s careers: Bike Races, Snow Tricks, and Air Sports (both Rocketwing, and Wingsuit). A big focus of this beta is multiplayer, and you can expect a wealth of modes there.