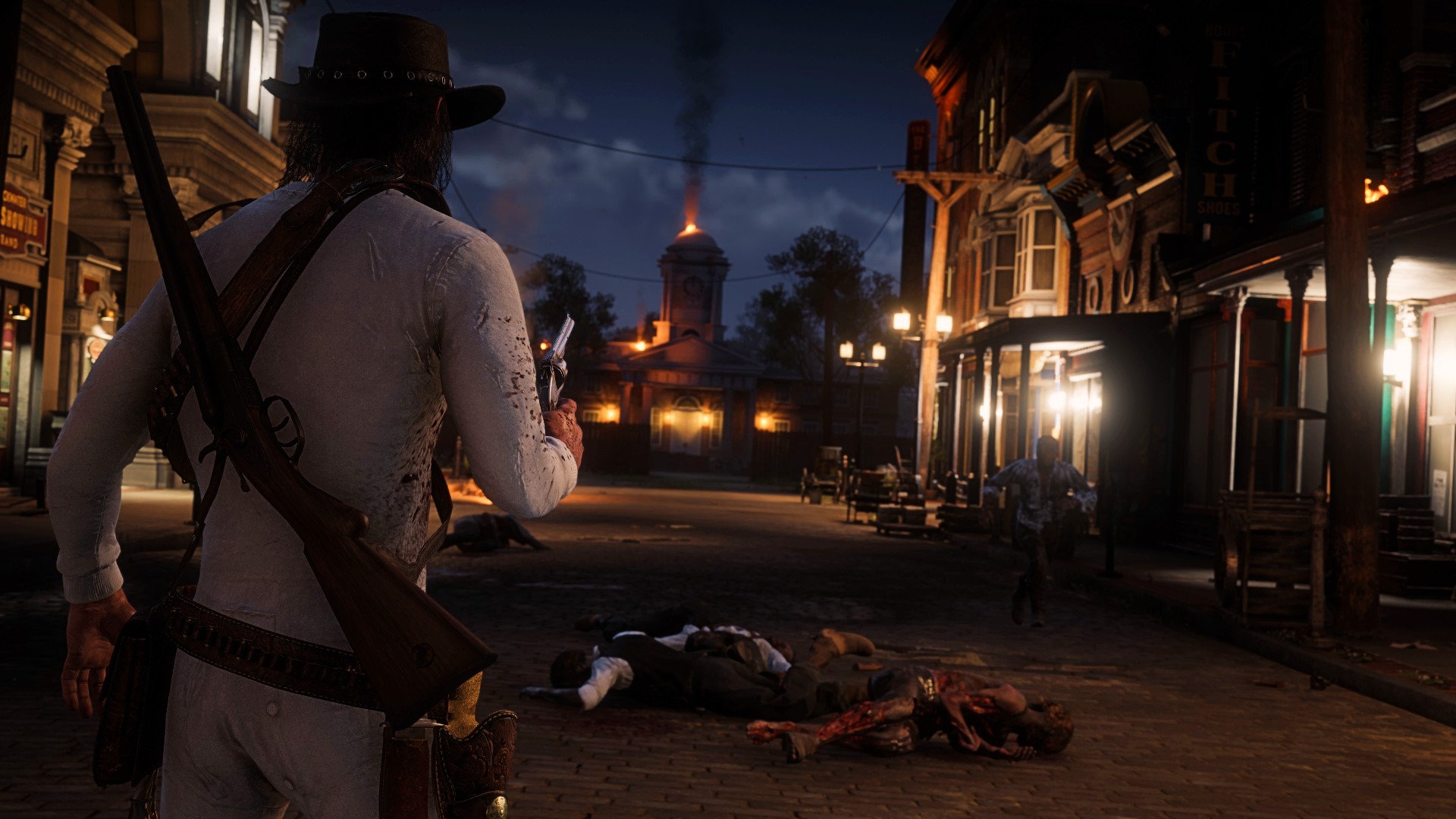 Halloween may have come and gone, but there are still plenty of spooky things going on in Red Dead Redemption 2 if you know where to look. Namely, one group of modders has created a mod inspired by Undead Nightmare, a popular expansion for Red Dead Redemption which, like the base game, Rockstar Games hasn’t ported to PC.

Dick Hertz and Eki’s Undead Nightmare 2 – Origins mod brings a plague to New Austin, limiting your visibility over foggy, darkened lands to the faint glow of a blood moon. The towns of Armadillo, Coot’s Chapel, Blackwater, and others have been invaded by zombies, leading some residents to hide on roofs or boarded-up shops while the police duel the undead in the streets. The fighting isn’t limited to Red Dead Redemption 2’s towns, though, as many zombies have found their way into the wilderness.

The mod has other features, too. Alongside spooky music, there are some apparel items to let players dress the part. One of the modders also shares on Nexus Mods that there are hidden features, too, so it sounds like there’s more to stumble across.