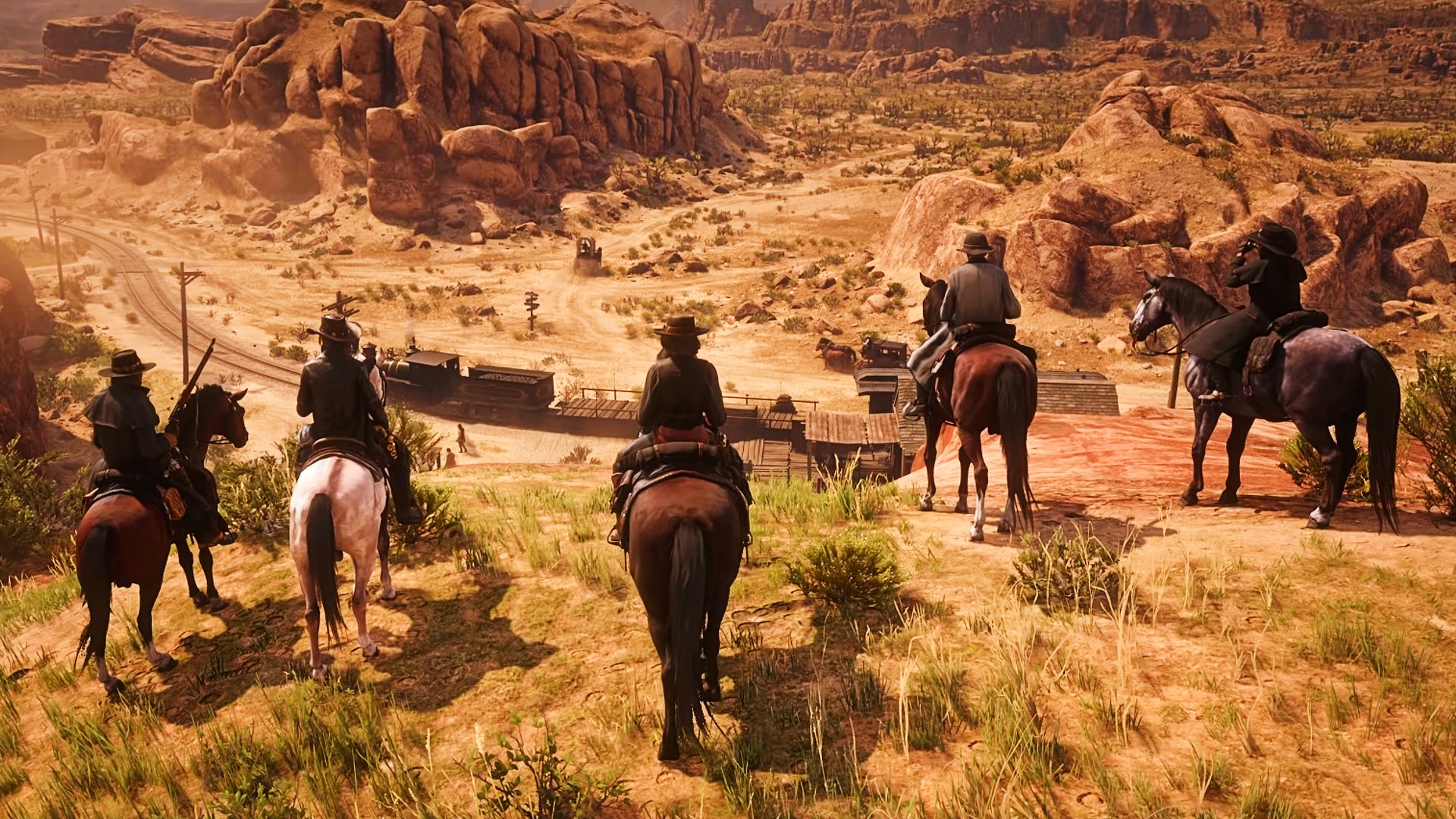 Rockstar has given us a peep at what’s coming in next week’s Red Dead Online: Blood Money update, alongside a swanky new trailer for some added flair. You’re getting oodles of fresh cosmetics, and several battle passes, as you might expect, but you’re also getting multi-stage robberies that sound a lot like GTA Online’s heists.

Blood Money is introducing a new type of work known as Crimes. They can range from simple, cloak-and-dagger style coach holdups to multi-stage robberies that’ll require you to do some kidnapping, “brutal” debt collecting, and more. You can do them as part of a posse of cutthroats or as a lone gun, so it’s up to you how you want to roleplay it.

You’ll also want to keep an eye out for Capitale, which you can find in hidden chests or on the remains of a foe you’ve bested. When you’re in free roam, you might also catch wind of unlocked homesteads and vulnerable camps you pick pillage for Capitale. You’ll want to save it up for the new character Guido Martelli as it’ll lead to Opportunities.