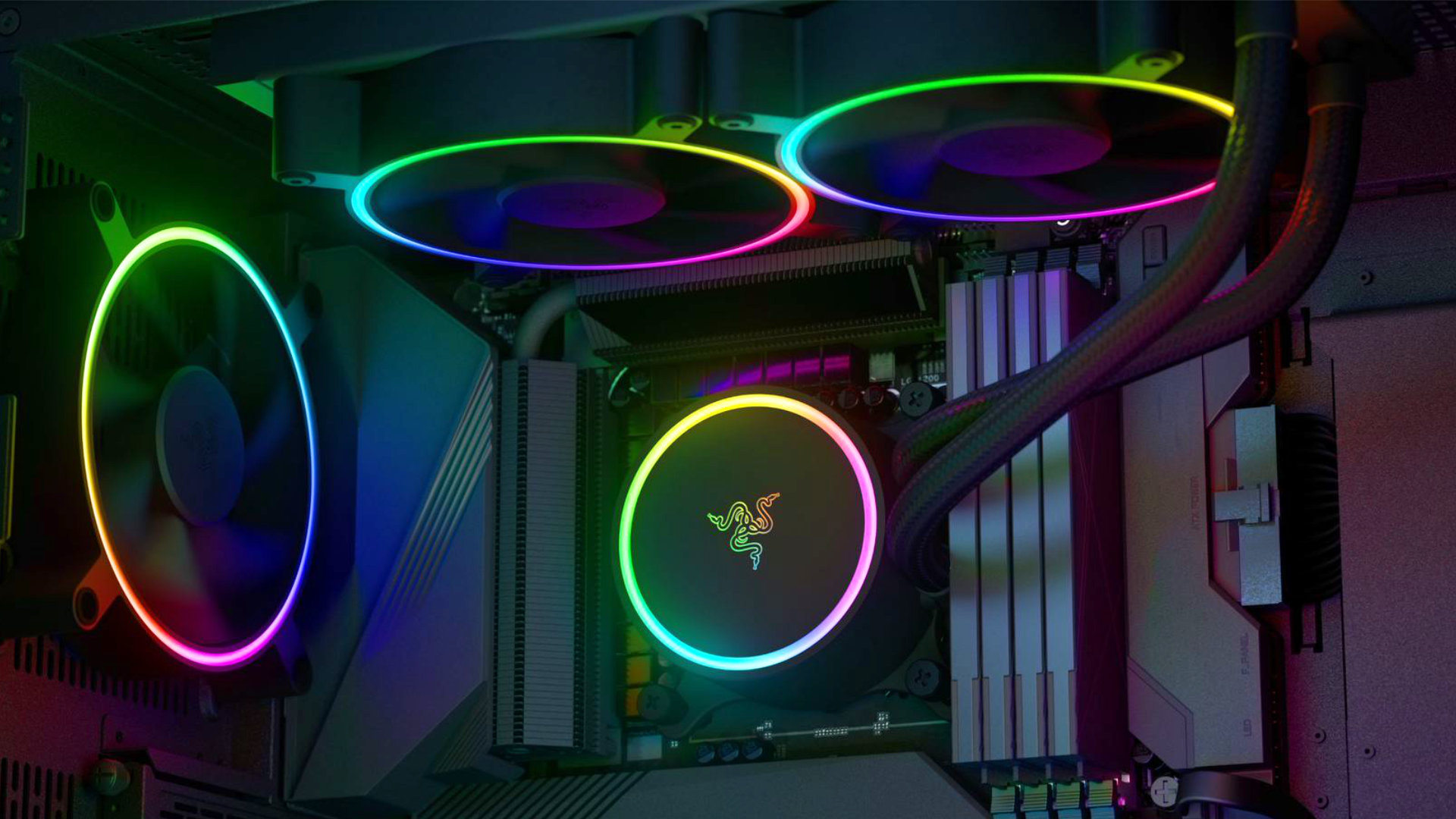 Razer is perhaps best known for its peripherals like the Kraken gaming headsets, but after testing the waters with its Tomahawk case, it’s ready to fully dive in and give Corsair a run for its money with a range of PC components. With AIO coolers, case fans, fan controllers, and power supply units announced at RazerCon 2021, you’ll be able to almost fully dress your gaming PC from head to toe with Razer’s snakehead logo.

It’s been a long time coming for a company the size of Razer, which tells us it didn’t want to rush into product launches half-heartedly. Instead, it strives to achieve “almost Apple-level quality,” with plug-and-play compatibility regardless of your rig and simplified Chroma RGB lighting so your entire system is synchronised. Yes, this even means you’ll be able to control your PC’s lighting with voice commands, as Chroma supports Amazon Alexa.

Better yet, Razer says this is only the beginning of an expansive portfolio, so we can expect even more PC parts on the horizon. Your guess is as good as ours, but it’s still missing gaming RAM, gaming motherboards, GPUs, and if it’s feeling really gutsy, gaming CPUs.