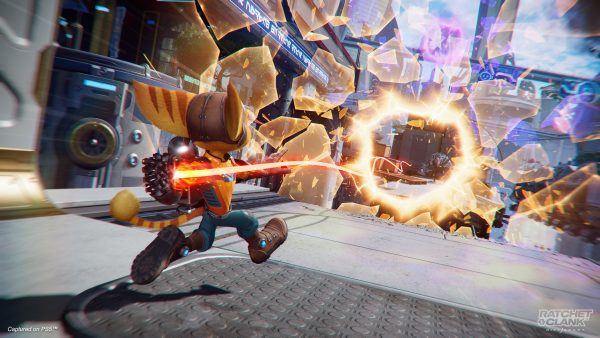 A day-one patch for Ratchet & Clank: Rift Apart will be made available which will provide access to Performance Mode.

The developer showed a look at 60fps gameplay with ray-tracing enabled in a tweet:

According to Insomniac, all three modes use a dynamic base resolution that then goes through a temporal injection process to achieve a 4K image – similar to how Miles Morales PS5 works.

Whatever that means, it makes the game will look super swish.

Back in May, Insomniac showed off some of the weapons you will use in the game and gave us a quick tour of the multiverse we’ll be exploring.

Ratchet & Clank: Rift Apart was announced in June last year and will arrive exclusively for PS5 on June 11.