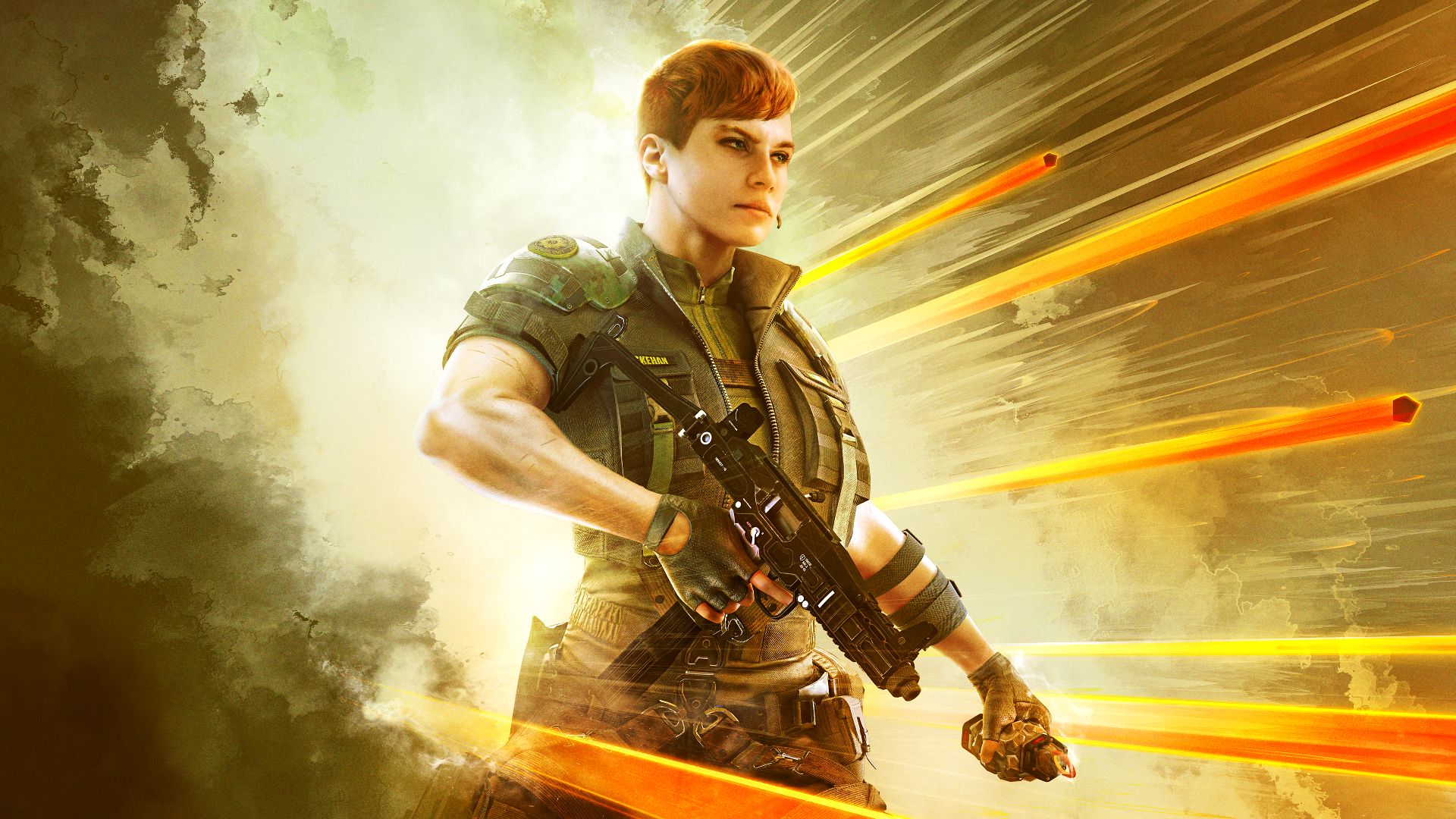 Ubisoft has just unveiled Rainbow Six Siege’s 24th seasonal update, Operation High Calibre. It includes the usual assortment of updates: a new operator, a map rework for Outback, and a haul of customisation, balancing, and quality of life changes.

Arguably, the new Irish defender, Thorn, isn’t the most exciting addition. What makes her and this update special is the fact that she comes packing a .50 GI SMG called the UZK50GI. While there’s still a regular flow of new operators to the game, they’ve all been using familiar firearms upcycled from older operators for the past couple of years. Thorn’s new SMG is one of the hardest-hitting full-auto guns in the game – similar to Frost’s 9mm C1 – and those .50 GI rounds are also handy for popping holes in walls or the floor. It does have some drawbacks, including a pitiful magazine capacity of 22 rounds and a slow rate of fire. If you’re not all that fussed on new hardware, then she can also equip the M870 shotgun and either the 1911 TACOPS pistol or the C75 Auto as secondaries.

Of course there’s a lot more to the best Rainbow Six Siege operators than weapons, and Thorn’s Razorbloom Shell gadgets are primed to make an impact on Siege’s lineup of trapper ops. The Razorbloom Shell is a throwable, sticky fragmentation mine, and she has three at her disposal. These can be hidden anywhere you can hide Ela’s Grzmot Mines and have an activation radius of three metres. Once activated the attacker has a couple of seconds to either find and destroy the gadget, or get out of the blast zone – a direct hit is lethal.