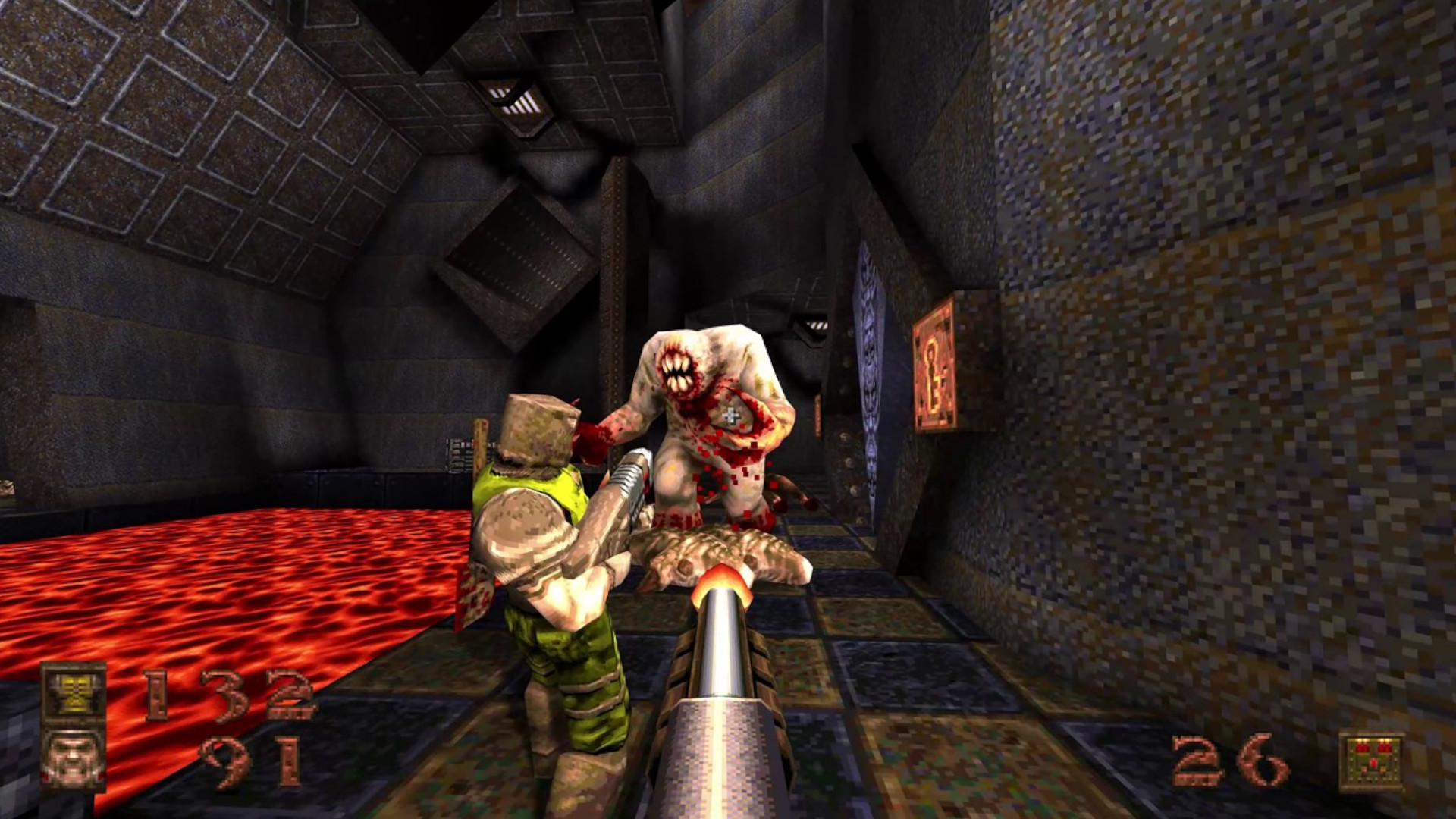 It’s official – Quake is coming back. After a pile of leaks over the past week, a remastered edition of Quake is out now on PlayStation 4, PlayStation 5, Xbox One, Xbox Series S and X, and yes, PC. We’re expecting the official announcement as part of QuakeCon, but you don’t have to wait for the event to once again enjoy the legendary FPS game.

The new edition of Quake features support for widescreen resolution, and includes enhanced models, better lighting, anti-aliasing, and depth of field options. It also includes “the original, atmospheric soundtrack and theme song by Trent Reznor”, so you won’t be missing out on the original soundtrack, either.