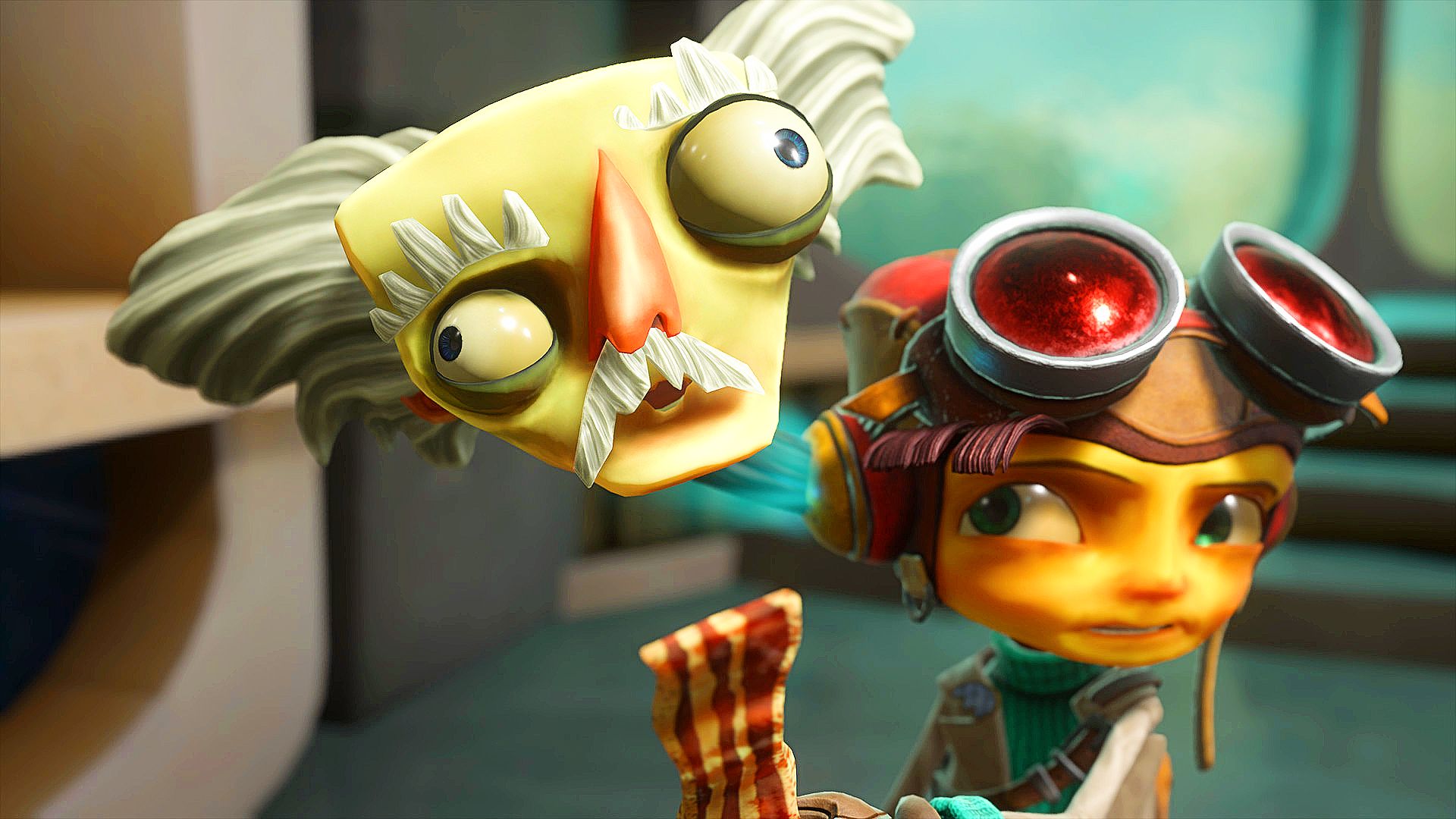 Psychonauts feels like the early access version of Psychonauts 2. The original became a cult classic thanks to its lovable characters, creative art design, and impeccable sense of comedic timing, but the gameplay was never much fun, even in 2005. Psychonauts 2 – which you can pre-order here, coincidentally – doesn’t make any fundamental changes to the formula, but it refines every aspect of the platforming and combat, tightens the level design into a constant showcase of new ideas, and gets more serious about treating mental health issues with respect. After spending six hours with a preview build, it feels like this is the game Psychonauts should’ve been all along.

The story picks up immediately following the events of the VR-exclusive Rhombus of Ruin, which itself was just moments removed from the cliffhanger at the end of the first Psychonauts. If you missed the VR game, the gist is that the Psychonauts – an elite group of psychic secret agents – have rescued their leader Truman Zanotto and captured the nefarious dentist-turned-mad-scientist Dr. Loboto. As Razputin Aquato, your mission is to help the Psychonauts find out who Loboto has been working for and uncover a mole inside the psychic spy organisation.

At least, that’s what Raz wants to do. While Raz technically became a Psychonaut in the first game, the rest of the organisation isn’t keen on recognising some kid as a full psychic secret agent. So Raz must work his way up as a psychic intern, dealing with some surprisingly mean hazing rituals from fellow students while aiming to (literally) change a few minds about his mission-readiness.