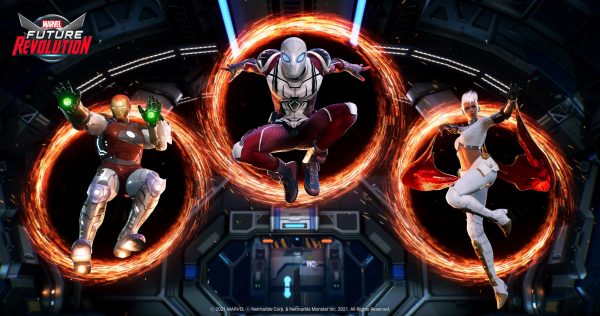 Future Revolution is the latest Marvel project to play around with the idea of a the multiverse. The game takes place in a world where multiple realties have collapsed into our own, creating a Primary Earth. You play as members of the Omega Flight superhero team, dispatched to deal with a rogues’ gallery of Marvel supervillains.

Primary Earth is made up of well-known Marvel locales, as well as new original locations. As with any good superhero game, Future Revolution also places great emphasis on costumes. All heroes have four-piece sets you’ll earn by playing, which you can mix and match to create unique combos.

Outside of the game’s PvE content, you’ll also find an assortment of competitive PvP modes, and various modes where you can team up with other players against the AI, including raids.

If any of that sounds interesting, you can sign up at the links for iOS and Android. Netmarble will grant your account some freebies when the game launches for your trouble.

If you’re unconvinced, the developer will be debuting a first-look at gameplay today at 5pm PT, 8pm ET, 1am UK (June 30) on Marvel’s YouTube and Twitch channels (we’ve also embedded the Twitch player below).

The post Pre-registration for action RPG Marvel Future Revolution opens up on iOS and Android appeared first on VG247.