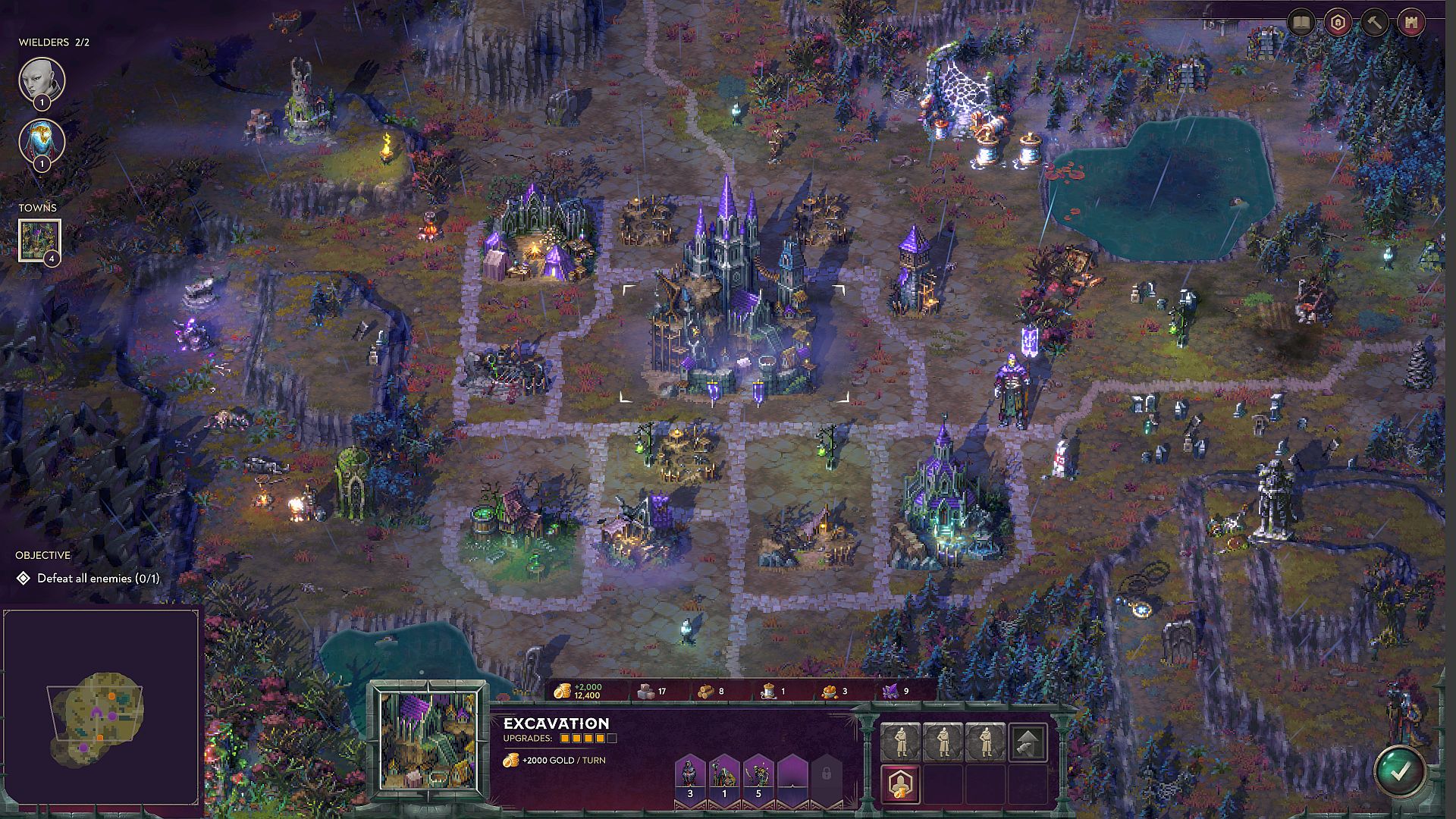 Developer Lavapotion and Valheim publisher Coffee Stain Publishing have announced that Songs of Conquest, a pixel art fantasy-strategy game all about building a kingdom in a realm pulled apart by disputes, battling rival factions, and exploring faraways lands, is launching next year. The studios have announced the news at this year’s E3 PC Gaming Show, along with a new peek at gameplay.

Songs of Conquest is a turn-based strategy game that’s headed to Steam, the Epic Games Store, and GOG sometime in early 2022, the studios have announced at tonight’s show, and it includes both single-player and multiplayer modes. The game sees you take control of a hero type called Wielders who – as their name implies – are blessed with immense magical powers that give them the ability to “unleash devastating spells upon their foes”. At its core is a “rich” story-driven campaign during which you’ll collect fragments of songs that are all about your acts and adventures as heroes.

You’ll get a set number of moves per turn which means you’ll need to think on your toes about how best to strategise against your foes, using a resource called Essence to cast spells which are dependent on the units in your army.